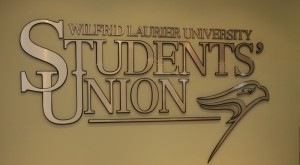 After the 2012 auditor’s report on the Wilfrid Laurier University Students’ Union was released, it was revealed that WLUSU now owes over $5 million dollars in debt, which lead many students to begin questioning how this situation was able to occur.

According to Jon Pryce, the chair and chief governance officer at WLUSU, without having a treasurer sit on the current board of directors, the entire group is held responsible for ensuring that WLUSU’s finances are kept intact.

However, this responsibility has recently been removed from view of students, as it is now solely up to the board to review and approve WLUSU’s annual audit.
Chris Walker, the vice president of university affairs, explained that a new bylaw was voted on and approved by students in the WLUSU election in January 2012 that allowed the BOD to have sole power over whether or not the audit would be approved. At the time, Walker was the chair and CGO.

“It was never really explicit within our constitution or within our bylaws that we have to present it [the audit] to the membership,” said Walker.
“It said in the bylaws that it had to be presented but it never said it had to be approved at the AGM, so we looked into it legally … and it wasn’t legally incumbent on us to send the auditor’s report to the AGM for approval.”

“What we did was we changed the constitution to simply state that the auditor’s statements had to be made available,” he continued.

“We could put them all online, I just don’t want to confuse people,” he said. “I don’t want people to see [and] go back and look at this trend or look at these problems, because the way it works is that 2012 and 2013 can be completely different, but you need to fill in the blanks, and those filling in the blanks is understanding what the board is up to and what the strategy is up to.”

Walker said that all students who voted in favour of the referendum questions in last year’s WLUSU elections should be aware of this change.

“We have to present all constitutional changes to the electorate to be voted on, so students voted yes in favour of that change, and thus it was put through,” he explained.

Walker also emphasized the importance of the auditor’s report, as it allows the board to see whether or not they have been holding the president accountable for WLUSU’s finances.

“Let’s not beat around the bush, our financial situation isn’t great, and our auditor has highlighted a lot of that and it’s been a massive wake-up call as to how much or how closely we have to pay attention to our finances moving forward,” Walker continued.

“Not only have we decided to critically re-evaluate how much we spend on capital expenses, but also we’re looking at our operating budget and trying to be more accountable for the money we are spending.”

He explained that much of WLUSU’s debt was incurred due to capital expenses, such as the Terrace expansion in 2010-11 and space and resources given to campus clubs in the summer of 2011. While projects like these yield high revenue costs, they don’t necessarily make any sort of profit.

Pryce echoed some of Walker’s sentiments regarding this spending, and explained that the board is looking to implement a new system so previous and ongoing projects will be reviewed before any new ideas or spending are approved.

“That hadn’t been done in an effective way in the past [and] we’re now becoming much more transparent with that,” he said.

Despite this, both Walker and Pryce agreed that it is important for all students to know where their money is going, and what it is being spent on.

“We always support students wanting to become informed, and if they are interested in the financials of the organization, or if they want to ensure that their finances or student fees are being used appropriately, they should go online and take a look at the auditor’s report,” Walker concluded.