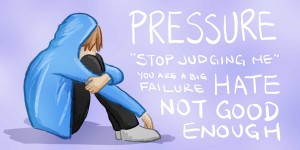 “Human beings as well as society are born out of both violence and gentle cooperation.” This is a quotation from the late Bruno Bettelheim and defines the somewhat paradoxical but inescapable fact which touches our whole history. How such forces are balanced in a society determines the stability of its political organization and how such forces are balanced in an individual determines their psychological health.

As we view our world today, it is easy to conclude that violence does succeed over gentle care and cooperation; chaos succeeds over order, and hostility overcomes reason.

What else could we conclude when young people have been subjected to relentless psychological violence, taunting, heartless criticism, bullying until they feel there is no alternative but suicide.

Some dismiss such occurrences as evidence of mental issues, but when we do that we tend to ignore the systemic nature of the subtle but corrosive psychological violence done to others everywhere.

Generally speaking, we all focus on overt forms of physical violence; crimes such as sexual assault, murder and mugging. And of course, such crimes when they do occur are deplored and must be addressed. Such crimes, however, are easy to record, catalogue and punish. But such a focus allows us to deny the chronic bullying that leaves few visible scars.

Our focus too, should be on forms of psychological violence: bullying, name calling, humiliation. Any tactic that diminishes another – sexism, agism, racism, and such violations are chronic and occur at all levels of our society. Humiliating students in our classrooms, parents belittling everything a child attempts, doubly violating the violated as in cases of sexual assault, bullying the homeless and those in poverty, one country bullying another, bullying those of another faith, bullying ethnic minorities – can we think of residential schools? Clearly, we do not need physical violence to destroy a people.All we need is that gentle arrogance that we know what is best for everyone else.

Psychological violence deprives our fellow human beings of choice, freedom and responsibility – we have deprived them of dignity. Dignity is that inherent nobility of person or poise – a sense of self- worth. Bullying strikes at the heart of self worth, impeding learning, dulling motivation, and reducing resilience.

We have a right to make decisions that affect the quality of our lives. Bullies typically treat people as objects to be manipulated, radically altering their humanity. In a sense, we are violating them as persons and such violation occurs everywhere.

Years ago, I was asked to intervene in the case of a university student who, as the result of relentless criticism by her professor, suffered a panic attack. Fellow students in the class defined it as bullying. My son’s friends spoke of being bullied in school, not by peers but by teachers! Some parents continually bully their own children, calling them names, belittling all that they do, striking at the heart of a child’s sense of self worth.

Bullying occurs among us and at all levels and until we look at our own lives and confront its systemic nature, we will never see how the very fabric of power in our society supports bullying. Solving the problem of bullying lies in confronting our own dark shadows, shadows that continue to bully others and in doing so, severely dehumanizes ourselves.