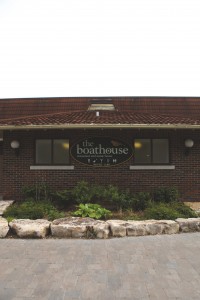 The building, which is situated on the lake front by Victoria Park was available for new ownership after being abandoned by its previous owner.

Six prospects were shortlisted and the keys were finally handed over to Bill MacTavish and his partner Mark Forwell.

MacTavish, the owner of Imbibe Food and Drink, intends to maintain the venue as a restaurant and music hall.

But before the doors can open, a significant amount of work has to be done to the building.

“A whole bunch, there’s two big things that we have to do,” MacTavish said. “We have to completely replace the HVAC system and then we’re completely redoing the electrical and plumbing.

“Basically we have to bring everything up to code and because it’s a city building we have to make it accessible.”

Some criticism has arisen about the costs of the project. Ward nine councillor Frank Etherington had voiced concerns over the cost of the project and the bidding process.

“There are two problems I had with the Boathouse; one of them has to do with cost, which I think is too much,” Etherington said.

According to Etherington, the city of Kitchener will put in $410,000 and MacTavish will put in $168,000. Etherington voted against the final bid that was approved 7-2 by city councillors.

“I have questions about whether that situation involving that amount of money was in fact offered to all of the original bidders,” he added. “I think it was a flawed process and it may have changed along the way and that’s what’s troubling me.”

In terms of money invested MacTavish contests that “whether it’s us in there or anyone else in there unless the city was going to sell the building they would have had to do [the renovations] regardless of what was going in.”

Despite Etherington’s concerns do not consider the profit that will come from tourism and cultural attractions.

“Certainly the city will get back the amount of money it’s putting in there,” MacTavish said.  “It’ll be spectacular sitting there on the lake with the beautiful restaurant and beautiful sound. It will be a very elaborate venture; it won’t bear much resemblance to the original Boathouse.”

Etherington also believes that the bidding process may have had some problems, as only one bidder remained at the end for consideration, out of an original six proposals.

The doors to the new Boathouse will open summer 2014 and the venue will be offering live music and a full restaurant menu.

“We’re going to have live music the majority of the time; we’re also going to be a full-service restaurant,” noted MacTavish.

He sees the revamped facility being a hub for the music enthusiast regardless of musical preference.

MacTavish continued, “We’re super excited that we’re the ones doing this. We feel a sense of responsibility to the community.”