The blurred lines of cultural appropriation 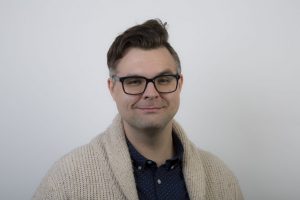 In an issue devoted to Indigenous writing, Write Editor Hal Niedzviecki suggested that writers should examine the world by imagining perspectives outside of themselves. That cultural appropriation is a positive thing.

Unfortunately for him, the modern liberal world is obsessed with a concept I refer to as ‘positive segregation’: the enforced preservation of separately sacred, individual cultural and ethnic identities.

There’s precedent for this kind of mentality all throughout history. In building modern, western culture, the white man has co-opted concepts from others to make them his own. Elvis Presley is one of the most prominent examples of this, where the feel and attitude of black music was taken and transformed for white audiences.

The problem with suggesting that Niedzviecki’s article is an objectively incorrect piece is that there is no inherent morality to a culture’s ownership.

It’s only by creating our own rules and working around them that we can make any suggestion of a structured morality. Our perception of culture is a social construct.

Niedzviecki’s suggestion is in poor taste, but it isn’t the kind of statement someone should be afraid to make. Art is supposed to live independently of its artist and it’s only in allowing ourselves to think outside of our heads — by not prescribing that white men can only reasonably write about white men — that we keep from restricting art.

Culture is an abstract concept and it isn’t inherently tied into a skin colour or bloodline. Why are we trying to package a new brand of ‘whites only’ and ‘blacks only’ and ‘aboriginals only’ systems? Inevitably all this does is create a wider cultural divide.

Culture is an abstract concept and it isn’t inherently tied into a skin colour or bloodline.

Absolutely, culture should promote non-white literature — publishing more books by diverse voices, not pretend ones performed by white people, is what lends to a more comprehensive vision of the world.

But that doesn’t mean that thinking outside the box and imagining other cultures and concepts isn’t a valid artistic method.

While a white person’s novel about an Indigenous character isn’t likely to validly capture what it is to be Indigenous, that doesn’t mean there’s a crime in writing those characters; books aren’t only about truthfully representing cultures. They’re about beauty, they’re about the human experience, they’re about sword fights and magic.

Books are humungous, important things with a million different purposes. If we distill the limits of their experience to fight for a hyper-specific, play-nice political ideology, we’re policing art. And, thereby, restricting culture.

The fact that someone could receive a vitriolic response to suggesting that people attempt to see the world through eyes other than their own to the point that they had to resign from their editorial job is disgusting.

You know what the actual result of the complaints was? A bunch of morons took to Twitter and founded an actual ‘cultural appropriation’ prize as a reaction.

Congratulations, positive segregationists of the Internet. By promoting censorship, you’ve only furthered the us vs. them mentality that leads to racism and xenophobia.