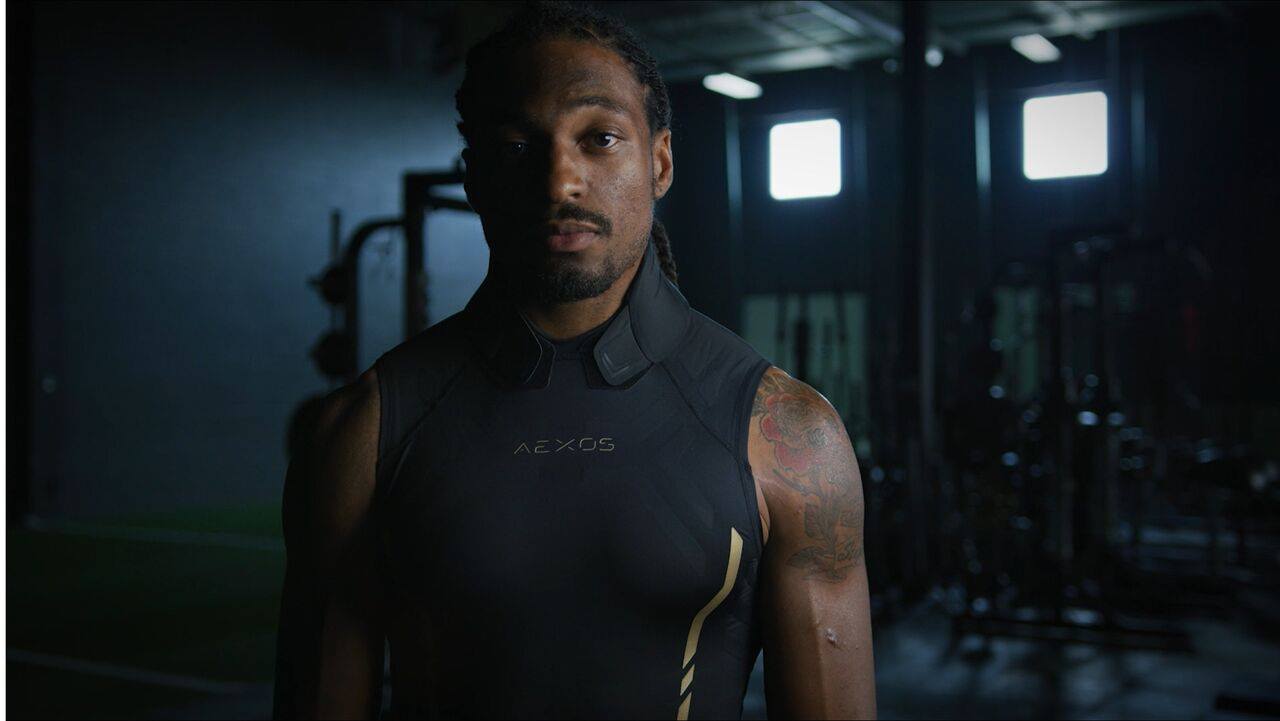 For many, the Kitchener-Waterloo area is seen as one of the premier startup hubs of North America, and recently, this entrepreneurial spirit has been seeping into the sport industry.

“Rob and I were both athletes and have both experienced concussions,” Charles, the CEO of the company said.

“[We saw] an unmet need in terms of a real solution to what we thought was a big factor in the whole concussion injury spectrum: whiplash.”

For the past three years, the brothers have been working together to develop their first product, HALO, which is a high-performance compression shirt that has been engineered to help reduce whiplash motion of the neck and head during times of impact.

HALO was created with a diverse range of athletes in mind, ensuring that comfort and performance are not compromised, while delivering state of the art athletic protection.

“It has the potential to make a huge difference. I wouldn’t be surprised if this becomes a standard piece of equipment that every athlete in contact sports wore.” – Courtney Stephen

“It’s a new thing for [athletes] to digest when they first see it,” Rob, who acts as the company’s COO, said.

“But once they kind of wrap their head around it and begin to connect the dots on how it could help them from a whiplash reduction perspective, they begin to warm up to it.”

When asked about the response that they have received from athletes so far that have had the chance to test HALO, both Rob and Charles expressed that they were “very pleased with the feedback to date.”

This positivity is something that has been reiterated by current Florida Panthers winger Mike Hoffman and retired NHL journeyman Wayne Primeau, who have both taken to social media in the past few weeks to promote HALO.

Additionally, members of the Laurier football team along with former Golden Hawk and current CFL defensive back, Courtney Stephen, have helped AEXOS market their product to football players.

“AEXOS is doing something that no one has ever done, in bringing performance and safety together in a way that’s almost invisible,” Stephen, who played for Laurier in 2008 and 2009, said.

“I wore it during training camp, where we have a heavy workload and are playing a lot in a small amount of time, [which is] when you tend to get the sorest that you are going to get. I didn’t realize until I took the HALO off and didn’t use it for practice, how much it was actually supporting my neck and making me feel more comfortable.”

Stephen, who has played six years of professional football, said that “a lot of guys were asking [about HALO], because they’d never seen it before,” signalling high levels of curiosity from other players.

One of the challenges that still may face AEXOS going forward is trying to get athletes to incorporate HALO into their equipment of choice and game-day routine.

“The one thing we tried to do from day one, is really understand the fact that athletes are very hesitant to add any equipment to the stuff that they already wear,” Charles mentioned.

“Typically, equipment is restrictive, bulky and heavy and that was very much a barrier for us in terms of the perception of what an extra piece of equipment could be. [HALO] has the ability to give [athletes] something that looks and feels familiar, in terms of compression gear, which made the barrier of entry a little less difficult.”

This sentiment was also shared by Stephen.

“You can understand why there might be some hesitation, but you just have to get people to try it, because once they do, it speaks for itself,” he said.

Although the primary target market for HALO is hockey and football players, who are easily the most prone athletes to head injuries out of any of the major North American sports, the possibilities for the product are endless.

“The good thing about being a small startup is that we can pivot almost anywhere,” Charles expressed.

“At the end of the day, Rob and I are just stewards of a good idea and however we can grow that and proliferate it, is what we’re here to do.”

HALO is set to come to market later this fall, with pre-orders available through the company’s Kickstarter page until mid-September. The shirt is planned to retail at $190, with men’s, women’s, youth and junior sizes available.

“It has the potential to make a huge difference,” Stephen mentioned confidently. “I wouldn’t be surprised if this becomes a standard piece of equipment that every athlete in contact sports wore.”