LGBTQ activism through art in Cuba

Cuban and LGBTQ advocate highlights the importance of dialogue 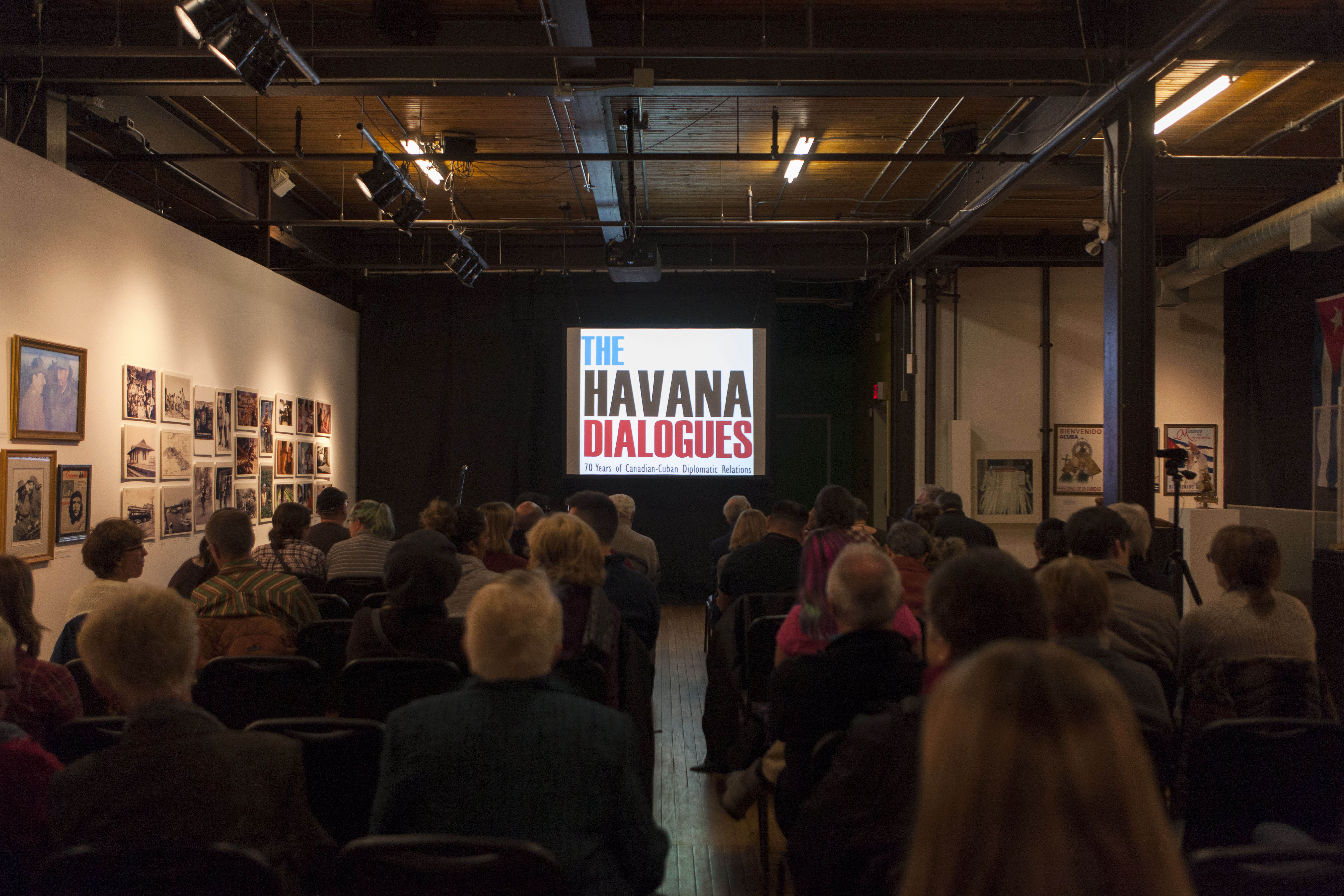 “The most important thing as a human is to put yourself in someone else’s shoes and fight for them,” said Castro Espin, LGBTQ advocate and daughter of Cuban President Raul Castro.

Castro Espin’s presence was a part of THEMUSEUM’s lecture series for the Havana Dialogues, an exhibition that looks to honour 70 years of Canadian-Cuban diplomatic relations. The exhibit showcases this relationship and Cuban culture through two photo installations. The aim of the exhibit and lecture series is to showcase the possibility of change through dialogue.

Castro Espin spoke in Spanish throughout the lecture, but was interpreted by a translator. Despite most of the audience relying on the translator to understand, Castro Espin’s voice echoed strength, intelligence and passion.

She began the lecture by acknowledging the importance of these Western relations as there is so much to learn from other countries.

As a renowned activist for LGBTQ rights in Cuba and director of the Cuban National Centre for Sex Education, she indicated that people have access to numerous resources at their disposal, many of which they currently lack in Cuba. But she quickly pointed out the global difference in LGBTQ experience — Cuba’s spirituality.

Castro Espin provided a brief look into the history and development of Cuba’s LGBTQ community.

Homophobia has a cultural history in Cuba, which is birthed from classism and racism.

Although the Cuban revolution worked to change these patterns, discrimination continued.

The inability to choose a stance on this issue defaults to siding with the dominant opinion, and at the time, a homophobic position was taken due to the lack of public representation for the oppressed LGBTQ community.

Castro Espin said she has always taken the role of a leader and was deeply involved with social issues.

She reminisced on a time when she had a conversation with her father about the purge that led those who identified as LGBTQ to flee Cuba.

She continued to explain the issue of homophobia was a “task” that was always left for later. Although work on LGBTQ issues needed to be done, tools were scarce.

“Good intentions aren’t enough; you have to be prepared. You have to study. Studying is key or else you get dragged by different fads and trends.”

Studying a particular issue allows one to not only look for the problem, but also understand the process behind it, said Castro Espin.

Through study, she was able to develop a strategy focused on policy.

“If we don’t develop policy to get rid of homophobia, then a law means nothing,” she said.

In terms of gathering support, Castro Espin said her and her team always use “artistic resources” in their campaigns such as art exhibits and movie discussion nights.

“Art is so important to help people understand. [It] is sharper than science … It is more free.”

Castro Espin said she is always looking to do things differently from other countries, which is why she wants to stay away from doing a pride parade.

Also, during this time, the aim is to gain alliances rather than to provoke. In her continuous tenure as an LGBTQ advocate, she has been able to witness beautiful change, such as parents and their LGBTQ-identified children forgiving each other, in places she has visited.

“There are good results that come out of these activities,” she said.

As the lecture came to a close, Castro Espin said Cuba is still in a revolutionary process that involves tearing down these old patterns of domination.

She continued that Cuba is still working to raise particular issues in legislation. Such laws include equal opportunity for men and women as well as sexual education in schools in which the LGBTQ community can be represented in the curriculum.

To sum it up in a few short words, Castro Espin said the main objective is the emancipation of the human being.

“Respect of dignity. That’s our work.”