Your guide to fall’s most anticipated novels

Here’s what you should be reading this fall. 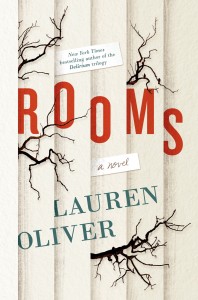 Rooms
By: Lauren Oliver
Release date: September 23, 2014
In the adult debut from New York Times bestselling author of Before I Fall and the Delirium trilogy, Lauren Oliver tells of an estranged family coming together to claim their inheritance after the death of ex-husband and father, Richard Walker.
Unbeknownst to them, previous inhabitants of Richard Walker’s country house, long dead ghosts bound to the estate, observe the family with a quiet intensity as ex-wife Caroline and her children, Trenton and Minna, reminisce about their past lives. When a new ghost appears, Trenton’s interactions with her force the human and spirit worlds to collide with unpleasant consequences. 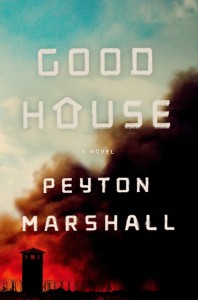 Good House
By: Peyton Marshall
Release date: September 30, 2014
Based on the true story of the Preston School of Industry, first-time novelist Peyton Marshall imagines a grim future in which the families of convicted felons are tested for a set of genetic markers that predict violent behaviour in male children. The boys who test positive then become wards of the state and are transferred from their homes to Goodhouse campuses, where they are forced to learn how to amend their dark thoughts and sinister desires. 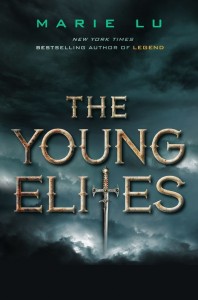 The Young Elites
By: Marie Lu
Release date: October 7, 2014
A decade ago a deadly illness called the blood fever, swept through the nation, claiming numerous lives and leaving child survivors with strange markings. Furthermore, there are rumours that the disease may have inflicted certain survivors, known collectively as the Young Elites, with supernatural abilities that are abhorred by the government for their daring potential.
Enzo Valenciano works for the Dagger Society, a secret sect of the Young Elites that seeks out others like them. When he finds Adelina Amouteru, a survivor scorned by her father for her grotesque transformation after the disease, they discover someone with powers like they’ve never encountered before. 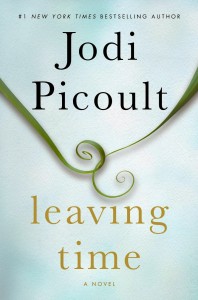 Leaving Time
By: Jodi Picoult
Release date: October 14, 2014
Over a decade after the disappearance of Alice Metcalf — an elephant researcher who vanished the night a caregiver was trampled at the sanctuary she ran— her daughter, Jenna, is still perplexed as to her mother’s desertion.
When online searches and examinations of her mother’s old journals prove futile, Jenna enlists two people to aid in her endeavour; Serenity Jones, a psychic renowned for finding missing persons and Virgil Stanhope, the private detective previously attached to Alice’s case. As the trio delve deeper into Alice’s mysterious disappearance, threads start to unravel and uncomfortable answers begin to surface. 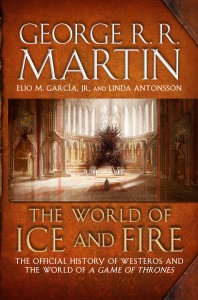 The World of Ice and Fire
By: George R. R. Martin, Elio M. García Jr., Linda Antonssen
Release date: October 28, 2014
George R. R. Martin partners with Elio M. García, Jr. and Linda Antonsson, the founders of fan site Westeros.org, for this comprehensive volume detailing the Seven Kingdoms. It is a collection of brilliant accounts of battles, rivalries and rebellions spanning the Dawn Age to the fall of Aerys II Targaryen that culminated to the events of A Song of Ice and Fire.