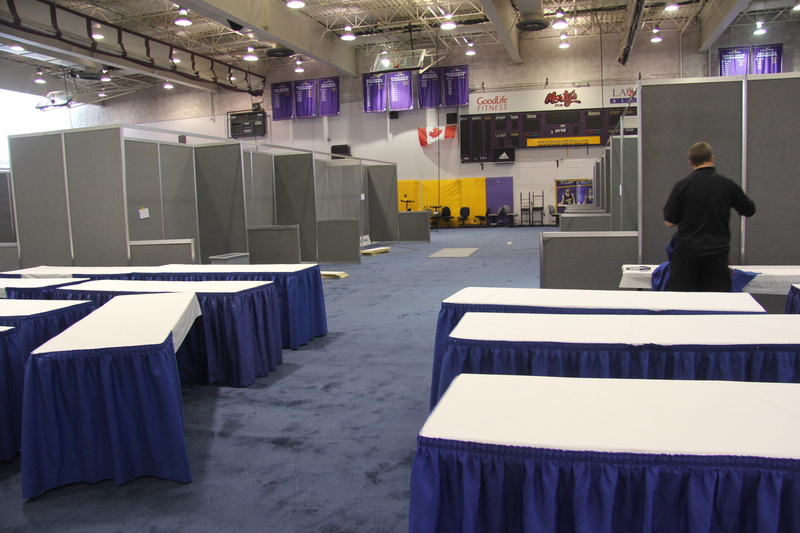 Beginning this Saturday, the campuses of Wilfrid Laurier University and the University of Waterloo (UW) will be buzzing again, as approximately 7,000 delegates roll into Waterloo for Congress 2012, an annual convention for the social sciences and humanities.

With lectures, panels and workshops, covering a variety of topics, Congress will be the first of its kind to be held in Waterloo, and many hope it’ll have a positive impact not only on the two universities, but also on the city.

“It’s such a great opportunity to think about our world, and to experience the thinking and scholarship of others who are doing so much wonderful work in the humanities and the social sciences,” explained James Skidmore, one of the two academic co-conveners for the convention and a Germanic and Slavic studies professor at UW.

The theme of this particular Congress is labeled as a “crossroad scholarship for an uncertain world.” Essentially, academics, presenters and lecturers will be discussing how the social sciences and humanities can now move forward in conjunction with fields such as science, business and technology.

“We can’t live in our academic silos, but there needs be some cross-pollination,” said Congress 2012 project coordinator Sheldon Pereira, about the theme of the convention. “I think this Congress, more than ever before, is very tangible, it’s very real. It speaks to the kind of cross-over in research and teaching that we all understand and that we all know needs to happen.”

Among some of the lecturers and presenters are Canadian literary icon Margaret Atwood and Canada’s Governor General — and former UW president — David Johnston.

In addition to the distinguished scholars that are attending, the delegates — who are mainly graduate students and professors from across the country — will have an opportunity to present their own research and papers to their fellow colleagues.

“For the delegates and the scholars, it’s the chance to meet other scholars and to present your research for the interest of people in your area,” said Eleanor Ty, the other co-convener for Congress and an English professor at WLU.

“And for students it’s a chance to meet people and scholars who have books or articles, and to see them at a more casual setting.”

Ty also noted that Congress 2012, while being mainly an academic conference, will also be a very “social” event where the delegates will have lots of opportunity to mingle with one another. Furthermore, Congress is also hosting a CONNECTENT in the parking lot at Erb St. and Father David Bauer Drive in Uptown Waterloo that will attempt to engage the local community.

“We wanted to make Congress accessible to the community both from an academic programming perspective, but also socially,” added Pereira, “so extending the boundaries of Congress into the community to highlight local entertainment, local food, local breweries, then also an opportunity to interact with Congress delegates and vice-versa.”

Waterloo Region’s tourism office estimates that an inflow of $7 million will be generated for the city and its businesses because of this convention. Not only will it be making money, but also, according to Skidmore, it will help boost the reputation and exposure of Waterloo and the two universities.

“I wouldn’t be surprised if it’s that kind of impact,” said Skidmore about the $7 million figure. “The exposure on the national and international level is fantastic, you have a lot of national media coverage too.”

Ty hopes this puts Laurier on the same level as larger Canadian universities such as the University of Toronto.

“It’s a chance to see my friends and colleagues on my own turf, and have a chance to say that, ‘We can do it too,’” she concluded.

Congress 2012 will run from May 26 to June 2 on both the UW and WLU campuses. Follow thecord.ca during the convention for stories and updates on lectures, panels and more.

Editor’s note: the article has been updated since its original publishing date.