The good kind of Teen Violence 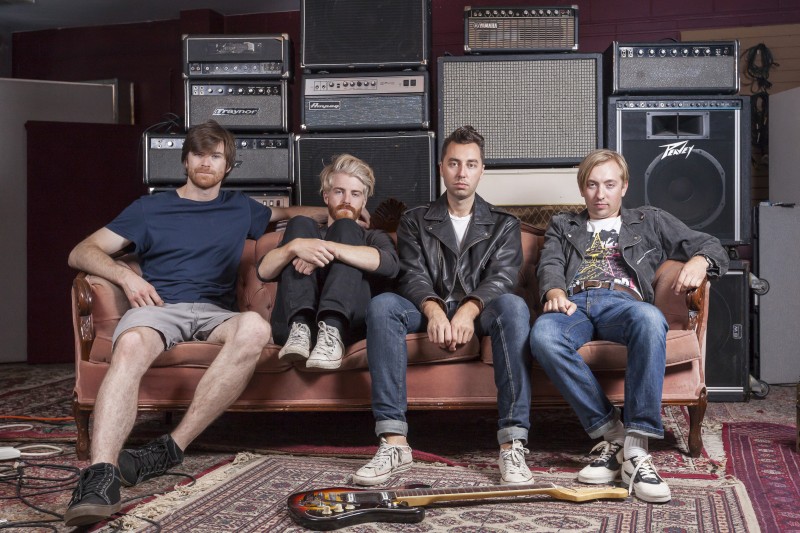 “You live in a city with a lot of extremely talented people, and you just gotta dig a little sometimes.”

Marcus Addams’ statement resonates with many Kitchener-Waterloo locals, but it certainly applies to his excellent band “Teen Violence.”

The band burst onto the scene in 2010 with their debut single “Girls I Know,” an infectious tune that’s pure angsty pop-punk in spirit, but swooning doo-wop in structure. This release stood in stark contrast to the dominating skate-punk scene at the time. Teen Violence was not scared to challenge the norm early in their career.

“The band established itself by never discounting an idea, we’ll try anything,” said Addams.

The band’s strong pop sensibility and unique influences were met with an initial bewildered response. Despite these early challenges, the band trudged on.

“You can’t just show up on the scene and expect everyone to love you,” said Addams.

Although it seems Teen Violence is picking up a lot of steam in 2015, with a recent set at Wayhome Music Festival and their debut album “Your Brain On Teen” just around the corner, founding members Geoff Albrecht and Wanka insist that not much has changed since their early days as basement show regulars. They credit their recent success to their perseverance.

“Part of being a band is people don’t take you seriously at first … The longer you stick around the more they can’t ignore,” Addams said.

Diving into Teen Violence’s discography, there’s a definite progression in their production quality and instrumentation. Where the band has maintained consistency is in their playful and light-hearted lyricism. Addams insists that he writes his lyrics based on what will add to the overall feel of a song, describing his lyrics as a “collage” and “potpourri,” rather than a structured story.

“The more nonsensical, the more I like it, you can derive whatever meaning you want from them,” Addams said in regards to his writing style.

A definite standout single is “Cassandra,” a sweet lick of surf-pop that finds Addams questioning the intentions of the song’s titular character.

When pressed about whether “Cassandra” was a real person, Addams said, “Sure she’s real, everybody in the song is real. All the songs feature a real person. But was she named Cassandra? I don’t fucking now.”

Despite a strong local following, things haven’t been easy for the pair.

With a lack of funding for their musical endeavours, the band has been forced to adopt a “do-it-yourself” approach when recording and distributing their music.

“It’s not that we like [DIY], there’s just no other option. This is the only way to go, it just happens to be a pretty good way,” Addams explained.

“If I was somehow to inherit some money, instead of buying a house or car, I would immediately invest it into some band avenue.”

The band is set to play this year’s KOI Music Festival, an annual Kitchener festival that celebrates the best in punk, hardcore, indie rock and more. Sadly, this is likely the final local show for the band this year, and may be their last as a Kitchener-based band. With Albrecht already living full-time in Toronto, there are future plans to relocate the band to the big city.

“Essentially, anyone who plays music or goes to shows [in K-W] is aware of our band … I think that’s kind of just the ceiling,” Albrecht said.

The band is hoping to grace new audiences with their sound, and make music their sole priority.