The controversy over Eby Farmstead 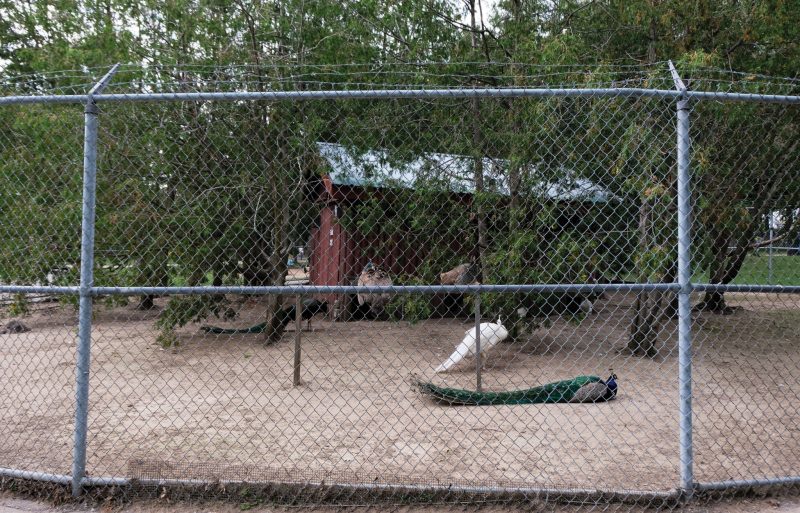 The farm, which has operated for over 50 years, currently houses a pig, chickens, donkeys, a zebu calf, peacocks, miniature horses, sheep, alpacas, llamas and pygmy goats. In the past, the farm has also been home to bears and a moose.

“The infrastructure at Eby Farmstead has been in place for more than 50 years. Currently, the facility houses various domestic “petting zoo” animals, including sheep, llamas, alpacas, goats, silkie chickens, peacocks, and a pig. The animals there endure constant exposure to light, noise, the public, and vulnerability to potential threats including harassment, illness, and being fed improper foods due to minimal or no supervision,” said UW Animal Rights Society president Stefanie DeSousa in an email statement.

“Waterloo’s installment of the Ion train now also inflates the concerns associated with noise and light pollution. Animals must limit their exposure to light, sound, and interaction in order to recover their senses. The animals housed at Eby Farmstead are not able to do this, nor are they able to interact with their physical environments in ways that come naturally to them.”

The farm has been around since the 1960’s and therefore needs some upgrades as the most recent ones have come to accommodate for the Lightning Rail Transit put in place, which passes by the farm every 10 minutes.

The animals [at Eby Farmstead] endure constant exposure to light, noise, the public, and vulnerability to potential threats including harassment, illness, and being fed improper foods due to minimal or no supervision.

The city plans to upgrade the farm in the future; however, with Uptown Waterloo currently undergoing construction, as it has for several years now, the farm will take a backseat to upgrading until the employees and budget are available.

“A much more educational approach to learning about animals would be to attend a work visit at a farm sanctuary, where the animals live on their own terms, and where visitors can come spend a day taking care of the animals and interacting with them closely, not from behind a fence. Caretakers state that the animals have shown no sign of stress or discomfort,” DeSousa continued in her email statement.

“However, we have to consider where we are setting the bar for their care, and recognize that these animals are here with us, not for us and our educational benefit. It is our responsibility to care for them. If we know that they face threats to their safety, and we know that the infrastructure at Eby Farmstead is dated and worn out, why aren’t we doing something about it? The practice of observing animals in captivity is coming to an end.”

The farm operates on a budget of $64,000 a year. While admission to the park is free, it is not making any revenue as the funds go towards food, veterinary care, repairs and equipment. It is seen by the city as a chance for local patrons to enjoy animal life without having to travel somewhere further and more expensive like the African Lion Safari or the Toronto Zoo.

“Times are changing for animal rights; facilities like Eby Farmstead have been closed down in the past, and we’d like to see animals in similar situations given the care that they need and deserve. This is why we’d like to see the animals at Eby Farmstead re-homed to farm sanctuaries, and the space better utilized for something more compassionate and educational,” DeSousa concluded in her statement.

A representative from the city of Waterloo could not be reached for comment about the Eby Farmstead at Waterloo Park.