Responding to actions of racism

Dealing with attacks of ignorance

On Friday night, after having a casual night out with friends where we played Cards Against Humanity, and caught up, I was walking home when something quickly changed my mood.

As I was approaching my house, I saw a group of people hanging out on the front lawn and the balcony across from my house engaging in conversation and drinking. I then heard a loud, “YO!” from across the street followed by a pause.

I ignored it as I’ve been through these situations before, intoxicated people yelling at me on a Friday night. College, right? Usually, I tend not to take it personally, mind my own business and keep on walking. However, I wasn’t aware that the words following would have such a profound impact on me, causing me to be overwhelmed by anger, frustration and anxiety.

“Go fuck yourself and fuck your turban!”

I processed what had been said and remained quiet for a few seconds. Then I yelled back. “What the fuck did you just say to me?”

The group went quiet and I heard giggles. I walked away and went home hoping to cool down. I didn’t. I couldn’t.

I have been subjected to racial slurs in the past, including being called “Osama” and being called a “Muslim” in an attempt to use it as a slur when it isn’t one. I tend to ignore these slurs and not let them impact me personally because that is not who I am.

This exemplifies the ignorance and lack of knowledge as people tarnish two completely separate religions, Islam and Sikhism, by calling me a Muslim. However when people are generally curious, I do engage in positive dialogue explaining who I am.

But what was said to me on Friday night hit deep. The person was attacking a part of my identity, an article of faith I have affection towards and something I wear with pride. Instead of making comments regarding something I wasn’t, slurs were targeted at my identity, which triggered outrage.

After coming home, I went back out in an attempt to talk to those guys but they had left. I wanted to talk to them regarding what they had said, how I felt about it and trying to educate them on how their comments impacted me. I was angry, but I decided it was best not to make rash decisions based on anger but rather resort to rationale. After waiting a few minutes, I went back home to bed.

The guys who thought it’d be funny to say this were large in numbers, of Caucasian descent and under the influence of alcohol. Obviously, none of the aforementioned factors give them a right to say what they did or justify their intolerant behaviour.In my past experiences, these three factors have been present when I have been subjected to racism and I use each instance, as a learning opportunity on how to react.

Having said that, it is imperative to understand this an example of a few bad apples.In the greater contextual framework, blaming a large group of people for the actions of a few is not reasonable.

For the guys who made this comment, if you are reading this, all I want you to know is I am willing to engage in a positive dialogue regarding who I am.I am not angry at you. I am not upset with you. I am not scared of you.

If you see someone who looks different, wears something you don’t know a whole lot about or have general questions about someone’s background you are not familiar with, ask them about it politely and engage in a discussion instead of yelling slurs at them.

Knowledge and education is the key to overcome hatred and ignorance.

Anyone, regardless of their gender, race, religion, background, sexual orientation or any identity implication, should feel safe to walk alone at night and not have to fear that they will be harassed or attacked for being who they are.

This is a fundamental concern amongst university students and if you’ve been in a similar situation like me, just know that it is okay to be angry, frustrated and upset and you are not at fault for being so.

Be proud of who you are and embrace your identity, values and morals. In the end, those core values are the foundation of a person. Don’t let little gust of winds knock you down. 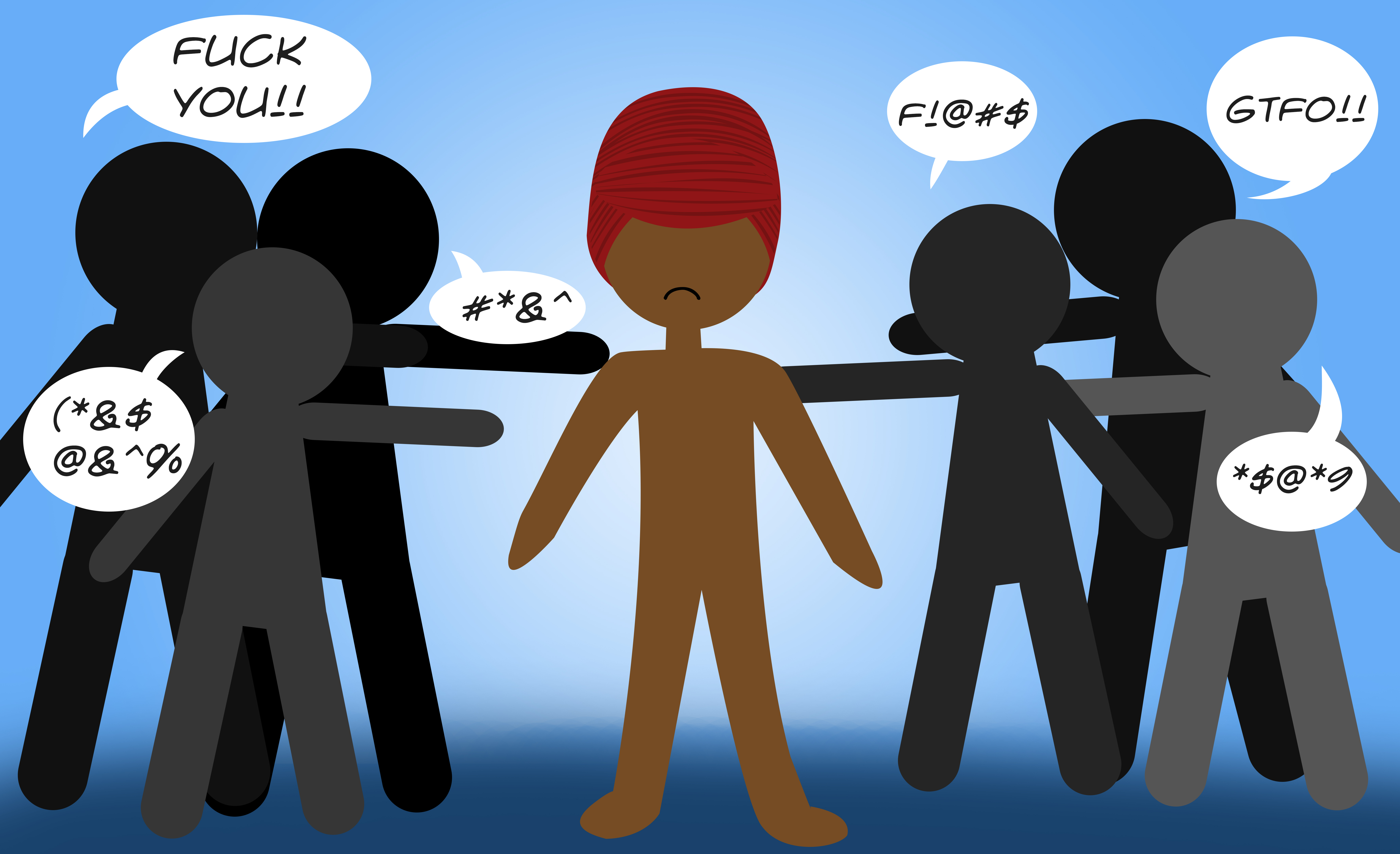