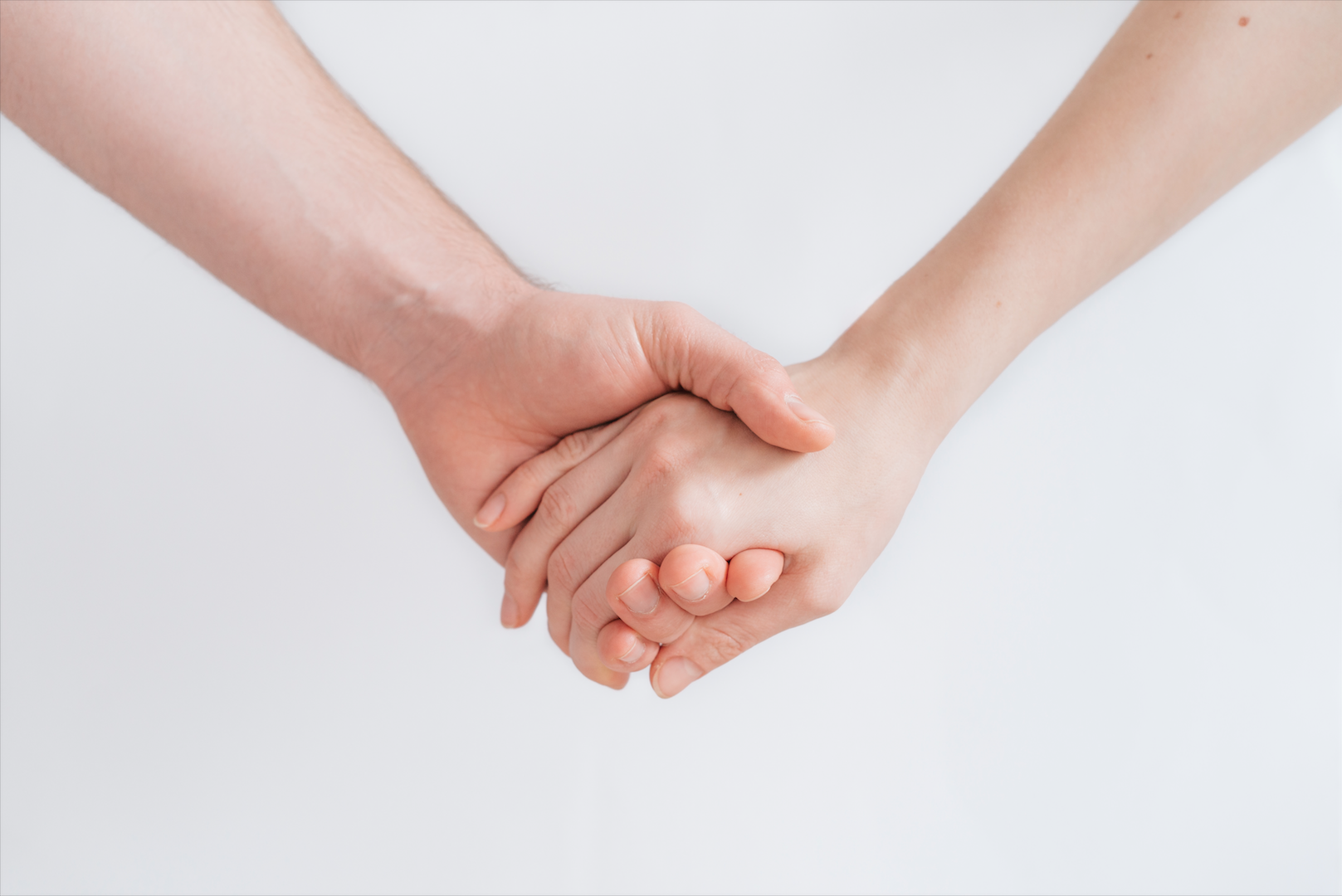 In 2007, Kate Middleton and Prince William ended their relationship after nearly four years in the spotlight. The BBC reported on this end of an era, claiming that the breakup was due to the grounding and locale of their relationship.

William and Kate were university sweethearts.

There are valid points for this suggestion, but there are also equally valid points to the contrary. Are romantic relationships within the university setting a positive and enriching thing, or are they emotional land mines that young students are not prepared for and should avoid like the plague?

Like much in life, there really isn’t a simple answer.

A relationship can be a healthy, positive thing at any point in life, and a large portion of that is based on how they centre and ground people. If there’s one thing that many young students desire most in their lives, it’s some form of grounding.

“Relationships are very central to our feelings of happiness and often help to shape our identity,” Anne Wilson, a professor of psychology at Laurier said.

“University students are at a stage where identity formation is a really important part of their lives, so relationships can play a big role in that.”

Even more than that, human beings are hungry for intimacy, especially so early in life. Inundated with Hollywood ideals of romance and sexuality, young minds are constantly on the search for young bodies — and souls — with which to connect.

Justin Cavallo, a Laurier psychology professor with a focus on close relationships and self-esteem, saw two big predictors toward attraction in general that seemed to be significantly apparent within campus interactions.

The first was similarity. When people find that they have things in common, whether interests, beliefs or something else entirely, it tends to ignite a spark between them.

The second predictor was even more rudimentary: proximity. And the combination of both of those predictors practically define the campus experience.

“University’s really unique in that you’re surrounded by — perhaps more than any other time in your life — people who are highly similar to you,” Cavallo said. “It makes sense that there’s an active period of time where there’s a lot of relationships forming.”

Simply put, university settings tend to encourage the environments and methods by which people end up finding love and developing relationships. And people within those settings are hungry for that kind of attachment.

The school is almost like a natural breeding ground.

But there are also significant detractors within the university experience — features that may have torpedoed many a prospective forever-love — that need to be considered.

University relationships have a certain tendency to deteriorate, and much of that is based on the culture that surrounds them. In the current era, an increasingly more casual air blows through the young-adult approach to sexuality, where both hookup culture and classical romantic ideals battle to set the standard in young, developing minds.

This has occurred because of a great deal of social developments: women are more independent than they were in previous generations, which creates less of an imperative for them to pair off while young, if at all. People in general are not forced to invest themselves and their lives in one another as much and are able to participate in society — especially in university — as individuals.

That can certainly be seen as a good thing. But that — and the no-rush ideal that can turn the university relationship into more of a ‘testing ground’ — can also make intimate connections so much easier to destroy.

“In university, a lot of times people know that they’re in relationships that may not last forever,” Wilson said. “And often relationships are less deeply interdependent, so you might not have moved in with a partner and joined resources — sharing a bank account, all those things.”

That flexibility can also contribute to the failure of many different relationships during the university context. Coming from a similar mindset, Cavallo broke down how environment can not only construct a relationship but how it can contribute to its tenability.

“What determines whether you stay with someone or whether you want to leave them is firstly how happy you are with that relationship,” he said. “And what we typically think as laypeople is, if you’re happy, you’re going to stay with your partner. But that’s not the only thing that matters.”

Cavallo spoke about mutual ‘investments’ — whether those are social networks, shared mortgages, pensions, children or something else altogether — and how they impact the difficulty of ending a relationship.

In addition, having a sea of available alternatives can make one’s link to their partner seem that much less important.

“If they perceive that they can do better elsewhere, either in another relationship or just being single is a more attractive option for them than being with a partner, then that’s going to lessen commitment,” Cavallo said.

These types of attitudes can lead to cheating, often because investments in a particular partner are made to seem more tenuous and less binding. To show this, Cavallo cited the details of a 1999 study surrounding young people and infidelity while on vacation for spring break.

Following their vacation, up to 70 per cent of the survey participants admitted to some form of cheating. While much of that was merely ‘emotional cheating’, 41 per cent of the respondents reported having physically cheated on their partner — a result that is 17 per cent above the midpoint.

Environmental factors are then enormous variables that contribute to the survival or destruction of university relationships. Like vegetarianism tends to die in the line at McDonalds, so do enormous temptations rip apart college sweethearts.

And why not? After all, if there’s ever a time when ruining your relationship for selfish reasons is an okay thing to do, it’s certainly better when there’s so much less to lose and so much less damage that one can inflict on their partner’s life.

AND THE … EVERYTHING ELSE

If there’s a reason that university relationships are bound to change, it’s because of their evolutionary nature. School itself is a transitionary period of life, and there are ways that that transition can be used for different purposes.

A university relationship might be casual and unbinding, because people during that phase may still be trying to find themselves in the world. That sort of finding is often done through hot and heavy soul-searching with other like-minded people in their orbit.

But at the same time, a partner in young life can act as an anchor and a weight; they can be a support unit with whom a person can adapt and evolve through social symbiosis. A partner can be an excellent and very healthy assistance to a person’s development.

While there are certainly classical ideas of monogamous relationships, the world is constantly in a state of flux, and that might make it more difficult to entirely qualify how much university relationships at large will continue to change into the future.

“People are getting married later in life and people are choosing to stay single even later in life,” Wilson said. “The notion is no longer for many people that you can’t be happy unless you’re in a romantic relationship.”

There isn’t a consistent narrative, although this idea of being happy and alone is more common now than ever. And yet, between addictions to dating apps and hopping from bed to bed and relationship to relationship, do people feel this way?

Or are they just telling themselves that they do?

Within stuffy classrooms, over coffees in the concourse, following late, liquor-soaked nights at Pub on King, authentic relationships can both develop and dissolve on campus.

The BBC article I mentioned at the beginning of this piece is interesting because it really gives us a contextualized lens into how we construct our media and our conversations around these topics. The answers aren’t clear, and they can only really become clear when we pick a side and attempt to defend it using cherry-picked portions of the evidence.

Prince William and Kate Middleton’s relationship may have suffered back in 2007 from stepping outside of their usual setting; at the very least, it almost certainly changed. But it is only through the lens of history that we can objectively determine relationships and our narratives concerning them.

University sets up lifelong relationships just as it tears them down. There is no right or wrong, there is only what there is. As things continue to change, as ideas of monogamy adapt to fit the modern trends in the real world, the university relationship will either proliferate or dissipate in its long-term development.

But people will always be searching for something that they project in other people: whether that’s sex and love, hopes and dreams, meaning and happiness.

For now, former university sweethearts William and Kate are married with kids. And it is really only the reality that can concretely and objectively craft the present narrative.