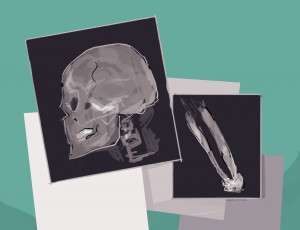 Just three weeks into the season, the CFL is already saturated by injury. Multiple teams have seen their quarterbacks fall victim to major knee injuries and concussions, forcing them to use their depth early.

The danger of injury along with the events transpiring over the 2014 season caused the Ontario University Athletics conference to review their concussion policy, particularly for football players, at the annual general meeting.

The modified policy will see improved care to student-athletes and includes changes to concussion management, lightning management and contact during practices. The revised policy will be implemented over the 2015-16 campaign.

Over the course of the previous OUA season, many players, including Western Mustangs’ Will Finch, battled injury in order to come back to playing football as soon as possible.

Wilfrid Laurier University head coach Michael Faulds explained the development of the severity of concussions over the seasons.

“Even a short period of time ago, the term, ‘I was feeling a little woozy,’ or ‘maybe I forget a certain play,’ it wasn’t really thought as anything, that was a common thing,” Faulds said. “But technology and media attention has come along, and people have actually realized the science behind it — that these are actually concussions every time. It’s just a matter of the significance of the concussion.”

“I think both training staff and coaches and players are all much better educated now, into symptoms to look for and protocols as well. You never want to be that coach or that trainer to send a player back too early,” he continued.

Laurier also had their fair share of injuries. Quarterback James Fracas suffered a hand injury near the end of last season. After sitting out a few games, Fracas was back on the field, playing through the pain as the Hawks made their postseason run.

Faulds explained the “return to play” policy at Laurier. A player must be “100 per cent symptom free” and then will work their way back to playing through an off-the-field process.

“Once they’re symptom free, [it] doesn’t mean that they’re practicing right away. I’d start by a light jog or riding a bike,” he said.

Head injuries, just like other physical injuries, take time to heal. The only difference is visibility.

“The thing with a sprain or even a broken bone or something; you can see swelling, you can see bruising. But when it comes to the head it’s a little different. The symptoms can be different depending on the player and the type of hit it was.”

Laurier players must keep a quick tempo while at practice; collide and contact, but not fully tackle players to the ground.

Coaches are also changing techniques and teaching players how to not leap with their heads, so tacklers are not putting themselves in danger.

But the problem isn’t just with football.

“That’s the shock to some people. Football gets all the headlines because players have armour on, they look like gladiators out there. There are several sports with much higher concussion rates than football. It’s just football gets a lot of the attention,” he said.

“You love the sport so much that you run the risk of giving up your body and getting injured.”