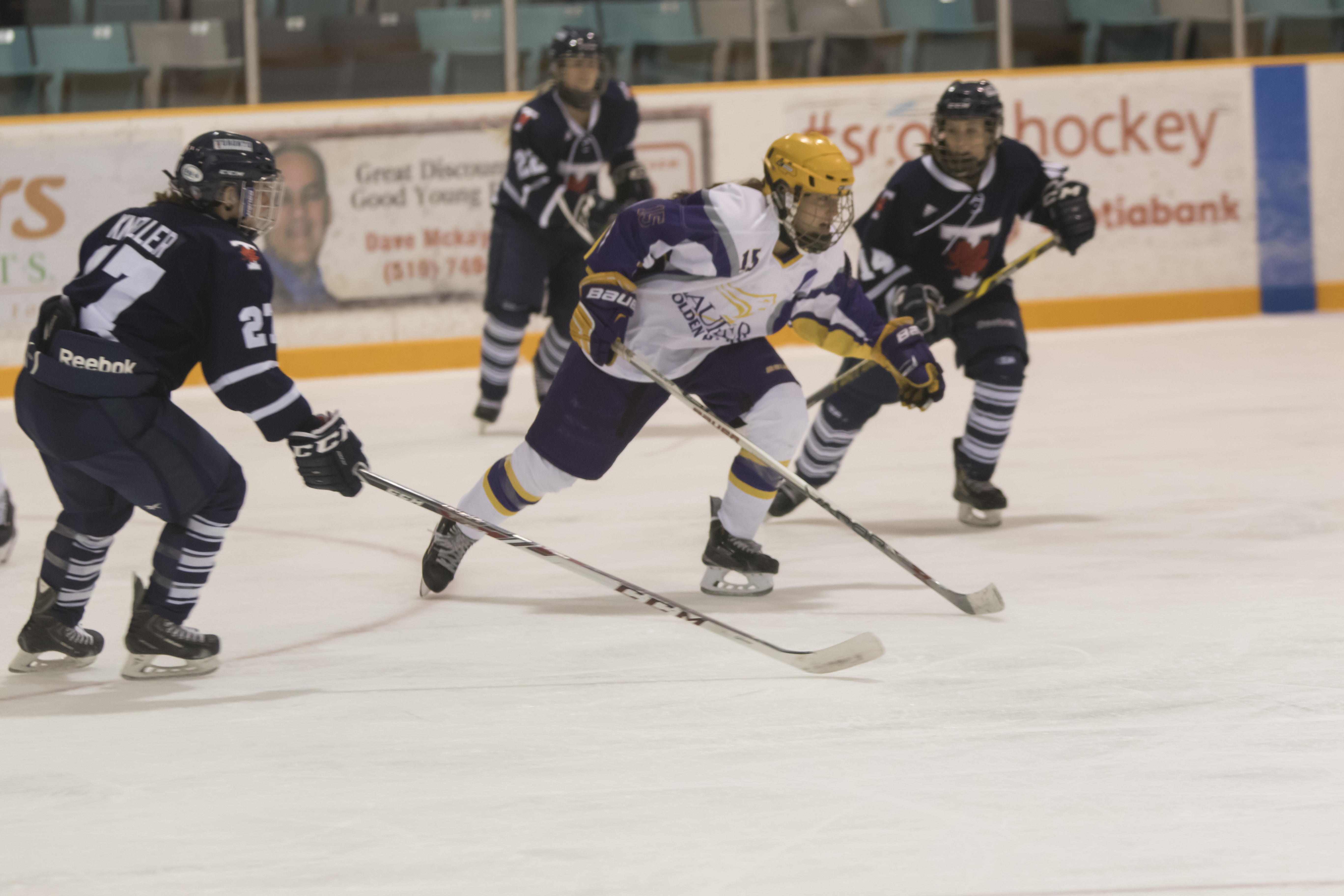 The Ontario University Athletics conference is putting more pressure on teams to finish their business in 60 minutes.

This year, the OUA restructured the point system for women’s hockey. Instead of the original two points given for a win in regulation or overtime, one point for an overtime loss and no points for a loss, the OUA increased the amount of points awarded to a team who wins in regulation to three points, with the same amount of points being awarded for everything else.

This gives a better reward for teams who finish the game in regulation.

“I was in favour of making the change when it was discussed around the league,” Queen’s University head coach Matthew Holmberg said. “Under the old system you could really work hard and win a game in regulation and get two points, but there was no reward for avoiding the overtime.”

This new system, according to Holmberg, allows for more parity in points for teams. It is especially important in the playoff race.

“What was almost frustrating on occasion was that you would work hard, beat a tough team and get two points, and say there were two other teams that you were battling with for playoff positioning or rankings, and they go into overtime and one team gets two points and the other gets one. So your rivals are effectively splitting three points while you can only earn two,” he continued.

York University head coach Dan Church agreed teams should get more points when they win in regulation as opposed to overtime. He therefore supports the system. He said if there’s a team either chasing someone or in a playoff hunt, and the rival goes to overtime, the team can’t make any ground on them even if they won their game in regulation.

“It’s been discussed over the last few years within coaching meetings of the OUA for women’s hockey,” Church said. “I know if we had this system last year, our team would have been in the playoffs as opposed to just outside of them.”

Wilfrid Laurier University head coach Rick Osborne thinks the new structure should increase the tempo and pace of the game, something he has always encouraged his players to do.

“It should speed the game up overall. There were nights when women’s hockey can look a bit slow, because of the size and the speed of the game is slightly different in the women’s game opposed to the men’s game,” he said. “So particularly in rinks like ours where you’re watching from above and a little bit further away from the ice surface, a team that isn’t working very hard can look a little rough around the edges.”

According to Osborne, the OUA also changed the overtime structure to limit the amount of shootouts teams play. After a five-minute four-on-four overtime period, the teams play a second overtime period of three-on-three for four minutes before finishing the game in a shootout.

“I think it’s going to put more emphasis on aggression and trying to get those wins and not sitting back and waiting for overtime,” Church said.

The mentality around shootouts seemed to be shared. Osborne said he likes games “being played to a finish,” instead of waiting for a one-on-one shootout.

“Shootouts are great, but the league wanted to see if it could reduce the number of shootouts and see if the game can be determined as our forefathers intended it to be,” Holmberg echoed.

Osborne thinks the new point structure shouldn’t take away from playoff races, but rather put more emphasis on finishing games in regulation and gaining as many points as possible. The playoff race at the end of season will still hold the same excitement it has in the past. Instead now, teams are sometimes fighting for six-point weekends instead of four-point weekend.

“It’s frustrating when you’re a team that’s right there and you’re on the wrong side of it,” Church said. “Our league is tight anyway from top to bottom, there’s lots of parity and competitions so we’ll still going to have those playoff races and it’ll just be a more accurate reflection.”