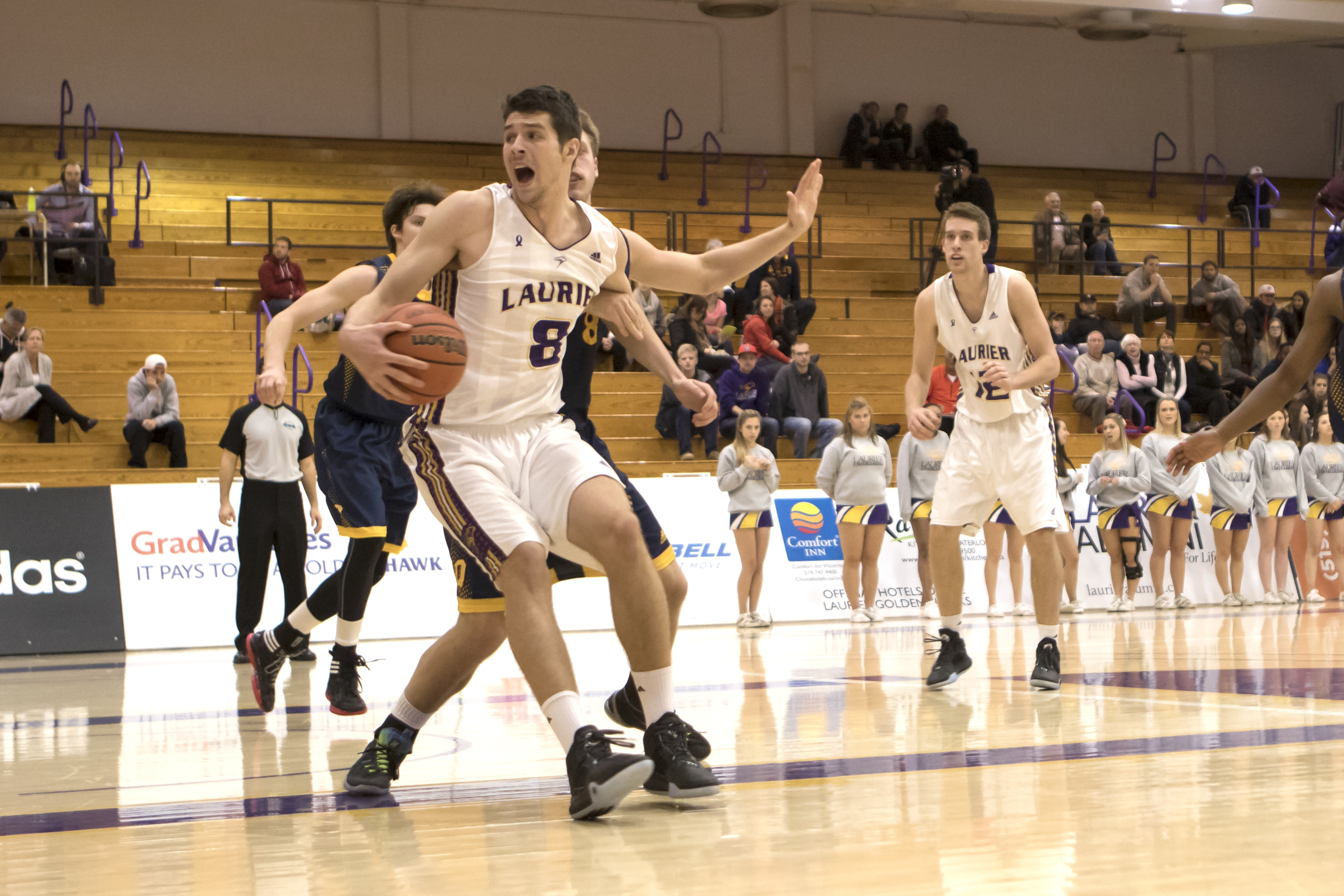 After a hot start to the season, the Wilfrid Laurier men’s basketball team’s momentum came to a halt as they lost their last two games of the 2015 portion of the season.

The losses bring the Hawks to an overall record of 4-3 heading into the break.

Head coach Peter Campbell was not pleased with his team’s showing this past weekend.

“Very disappointed in our play this weekend,” Campbell said. “We worked hard to get into a good position in our league going into the weekend. [We] didn’t run or shoot well consistently in the two games.”

The team’s issues are mostly on the defensive end. The Hawks allowed the Queen’s Gaels to gather 17 offensive rebounds in Friday night’s loss and then blew a lead going into the fourth quarter, giving up 31 points in the final frame to lose to the York Lions Saturday night.

“Our interior defence let us down Friday. Our perimeter defence was terrible Saturday,” Campbell said.

“The worst part is that we could have won both games, so that is frustrating.”

Otherwise, the offence had been stellar when the Hawks played with a high-tempo pace. However that high-paced, run-and-gun offence can only happen if the defence gets stops and closes out possessions with a rebound. The Hawks currently lead Ontario University Athletics in field goal attempts, but are second last in the rebound margin, as their opponents out-rebound Laurier by 5.7 rebounds per game.

Coach Campbell hopes a more consistent defensive and rebounding effort, coupled with the commitment to be a running team on offence can help the team get back on track when they come back from the break.

One of the lone bright spots for the Hawks this past weekend was Luke Allin.

The second-year forward had his two most impressive scoring outputs of the year, finishing with 20 points against Queen’s and putting 17 points on the board versus York.

Allin was on fire from three-point land during the weekend, draining six out of his 12 attempts from beyond the arc, and is shooting a very efficient 51.6 per cent for three-point attempts this season, good for seventh best in the OUA.

With an increased commitment to run on offence, Campbell anticipates this will lead his team to get to the rim more, which he hopes will execute better.

The offence is working well when we play with pace and commit to it. We need to continue our execution,” he said.

The Hawks have a handful of talented players and Campbell’s expectations are that veterans will lead by example and will be ready to contribute on the floor when the season resumes.

“The veterans need to lead by example over the next few weeks,” he explained. “Setting a positive example in their commitment to fitness. They need to play well once we start playing.”

The Hawks are back in action on January 13 when they host the Brock Badgers at 8 p.m. at the Athletic Complex.