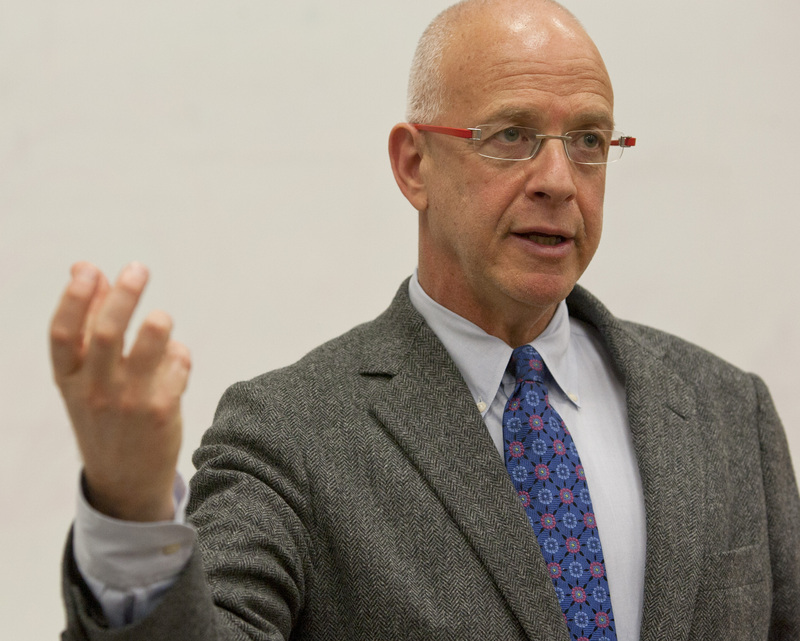 On May 3, Amos Guiora, a professor of law at S.J. Quinny College of Law, gave a
lecture at Wilfrid Laurier University, speaking about religion and counter-terrorism in the Middle East, specifically with regards to Israel’s future.

He began his lecture by stating that he wanted to “lay out some basic ideas regarding simple issues: counter-terrorism, terrorism, peace in the Middle East and morality.”

Guiora was able to touch upon all of these topics from a personal standpoint, as he was previously stationed within the Gaza Strip with the Israeli military. He emphasized that the relationship between the United States and Israel is
problematic.

The situation regarding Iran potentially obtaining nuclear weapons was also discussed, but Guiora concluded that no one really knows what would happen in that situation, despite the stakes being so high.

This poses problems for the Israeli army, as counter-terrorism must be carried out
legally, morally and in accordance with international laws.

He told the audience countless times that for counter-terrorism to be legal it “must
absolutely respect the human rights of those who are trying to kill you.”

Guiora reminded everyone that at the end of the day, you have to remember that
your enemy is comprised of other humans, and that you have to always live with the consequences of your actions.

However, mistakes are made within the Israeli military. “Nineteen year old soldiers who are standing at checkpoints … hate what they’re doing,” Guiora said. “[They] have fully loaded M-16s…and they’re scared shitless; that’s a combustible combination.”

In order to ensure the military acts in accordance with international laws, they are
trained to obey only moral orders. Guiora was personally involved with integrating this new concept of morality in armed conflict, and stated its importance is based on legality, philosophic beliefs and practicality.

At the end of his lecture, Guiora reminded the audience to be pro-active.