Laurier’s Kult of Gaming hosted a 72-hour marathon game of Pathfinder to raise money for Child’s Play, a charity that raises money to give games to children in the hospital. 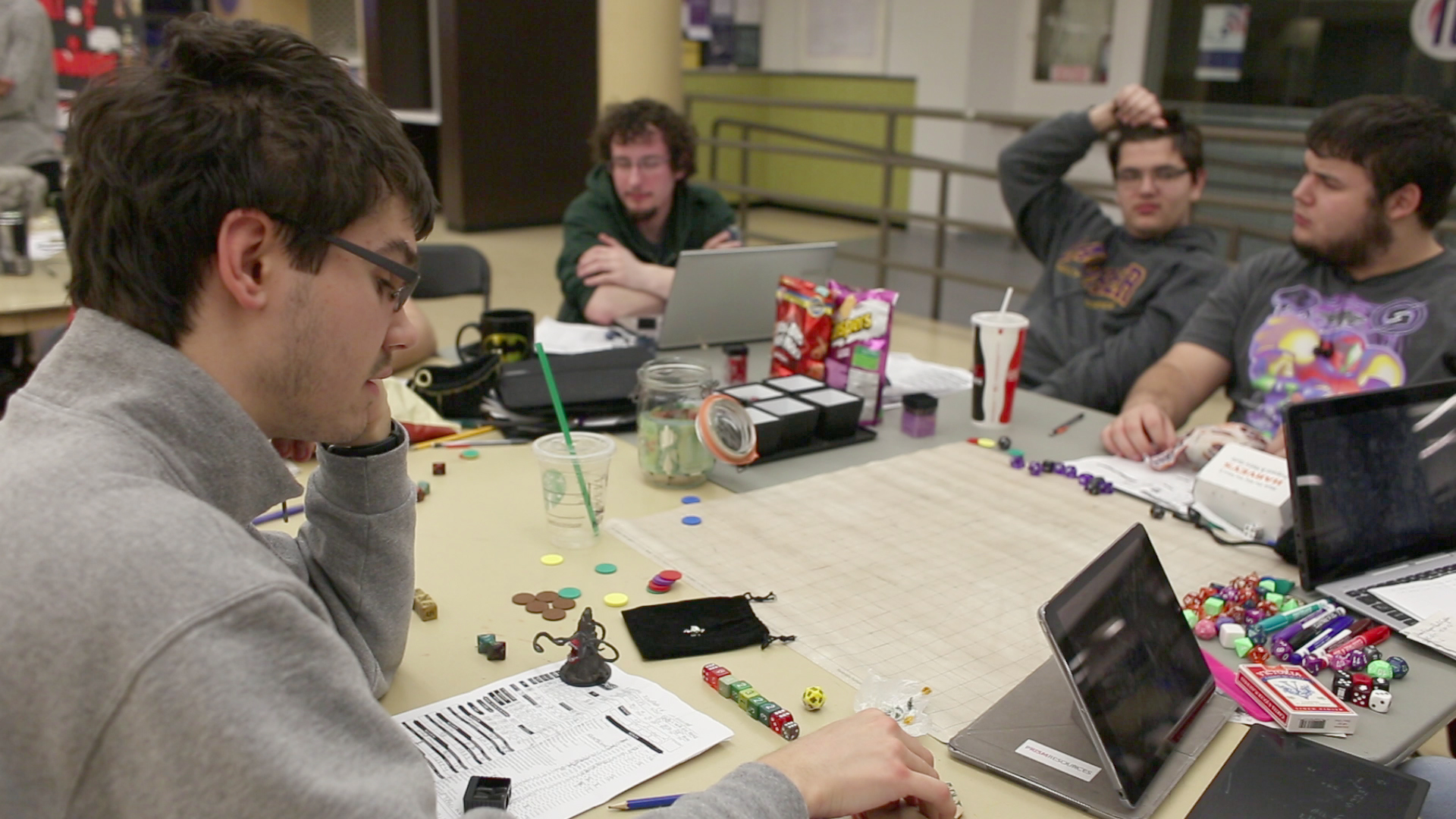 You may think it’s weird, you may think it’s a waste of time, but to many students across campus, Pathfinder and other role-playing games, also known as RPGs, have peaked their interest since childhood.

So much  they can spend 72 hours straight playing in the Concourse to raise money for charity.

You may spend your time watching sports or reading, but these individuals have invested much of their teenage years in the storylines of these elaborate games.

2016 is dubbed “the year of realizing stuff” — at least according to Kylie Jenner. So, as someone who doesn’t understand the interest some students have about gaming, I sat down with a Vice President of Wilfrid Laurier University’s Kult of Gaming, John Norry.*

I wanted to know what kept him hooked on this game, what made him so committed to it that he would be willing to devote an entire weekend to playing it with others in the club along with anyone walking past the Concourse who’d like to drop in for a quick game. I wanted to debunk the myths and perceptions surrounding the gaming community.

During their 72-hour Pathfinder marathon, students from Kult of Gaming raised more than $300 for Child’s Play, a charity founded in 2003 that raises money to provide video game consoles for children in hospitals across the world. Norry believes very strongly in the cause as “spending time as a kid in the hospital is just awful, especially if you’re there for weeks or sometimes even months.”

Perhaps this is why he only got about 10 hours of sleep over the course of the entire fundraiser.

Going on to explain the premise of the game, Norry defined it as combat-based with many different characters to choose from within “The Bestiary,” a textbook containing further details and character traits. The game can be played in a group setting with many different scenarios acted out in the same world. There are about four other textbooks containing the rules, character details and story premises for the game, so it’s easy to understand how Pathfinder has kept Norry’s interest in the game for over six years.

Norry believes the reason why gaming even exists and why many at Laurier have become increasingly interested is because “there’s so much variety, and it can be a very social thing.”

“[With] typical games, the problem is very obvious, so with [Pathfinder] you can be surprised due to the complexity of the game,” Norry said.

Many of KoG’s members are avid Pathfinder players and have been playing for as long as 13 years. Comparatively with other social cohorts, the gaming community at Laurier seems fairly small, but they do exist and are very passionate.

“Over the past few years there’s definitely been a growing interest,” said Norry.

Stigmas surrounding the world of RPGs are loosening and gathering interest from a wider audience. Perhaps that’s why RPGs and online gaming have been recently spotlighted in pop culture with talk show host Jimmy Kimmel running a controversial skit ridiculing e-sports and the rise of YouTubers such as PewDiePie and VanossGaming.

As outsiders, we may look at the gaming community simply as outspoken, angry video game players shouting at their TVs, however there are many subcultures within. E-sports viewers watch other gamers play video games similar to how people go to a sports game or watch sports on their TV. This may be difficult to wrap our heads around, but as Norry said, “it’s very nice if you enjoy playing games, but you don’t have the time to play it yourself, as you can see the story unfold in the game while still having time to [do other things].”

Turns out, all it really takes is one conversation to understand someone’s point of view and why they choose their hobbies.

Before this, gaming was hard for me to understand, as it seemed very childish. But Norry brought a key point to light.

“It’s a very cathartic experience getting to play the role of a hero; similar to how people like to read books about Conan The Barbarian,” he said.

More than simply reading about a heroic tale, gamers get to experience it first hand and spend hours to achieve the successes as the hero. Unlike novels, where an ending has already been written and is usually auspicious, in gaming it’s something that’s still uncertain and one you have to fight for — to earn.

*CORRECTION: John Norry was inaccurately described as the head coordinator of Kult of Gaming. He is actually a vice president for the club.