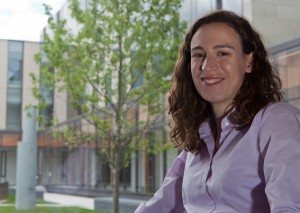 Joining the Balsillie School of International Affairs, Simon Fraser University, and the University of British Columbia, professors at the University of Waterloo (UW) will have the opportunity to collaborate with other researchers across Canada to develop policy-relevant counterterrorism research.

The schools have joined together under the Canadian Research Network on Terrorism, Security and Society (TSAS), supported by funding from the Kanishka Project and the Social Sciences and Humanities Research Council of Canada (SSHRC). Grants were provided in the amount of $460, 000 and $200,000, respectively.

Lorne Dawson, a professor in the department of sociology and legal studies at UW who is one of the three main organizers of the initiative, observed the need for additional research through demands placed on his own studies in terrorism.

“There weren’t enough resources in Canada dealing with the very nature of terrorism, the origins of terrorism and then of course, how to respond to it,” he explained.

While Canada is able to benefit from more extensive research done in Britain and the United States, Dawson said, “We need to know what’s happening better distinctively in the Canadian context.”

The network aims to develop research which will be relevant to Canadian counterterrorism policymakers.

“The goal is to find ways of helping policymakers identify the kind of questions that they think academics could help them answer, and then also helping the academics do that research to inform the policy process,” said Veronica Kitchen, a UW professor who will be contributing her expertise on security issues to the network.

According to Dawson, this will allow the government to create more evidence-based, rather than reactive, counterterrorism policy. In order to ensure the relevance of the research, he said that “at every stage there will be open discussions between government officials and government people who are engaged in implementing counterterrorism activities in Canada, and the academics involved.”

The grant received by the network was a partnership development grant, meaning that researchers have two years to establish collaborations, begin research and demonstrate the relevancy of the initiative. After this time a larger partnership grant could be applied for that would allow for more research to take place over a five to seven year period.

“The object is to start to fashion a larger partnership that would then become a somewhat more permanent research group,” added Dawson.

Students, primarily at the graduate level, will also have the opportunity to benefit in a number of ways. The network is hoping to organize four month internships, in which master’s level students will be able to do research and work within a relevant government department. Students may also have the opportunity to be involved as research assistants and participate in workshops.

Additionally, the network is organizing a one week intensive summer institute next year students and younger government officials will be able to learn more about terrorism and counterterrorism through lectures, workshops and discussions.

“I think that they obviously benefit indirectly from the kinds of connections their professors can make, cause that’ll come out in the classroom,” added Kitchen, indicating potential benefits to undergraduate students.

As the network grows, more researchers at a variety of  universities will hopefully become involved, potentially allowing students across Canada to gain valuable experience in relevant research, while contributing to the country’s need for proactive studies in terrorism and counterterrorism.