Necessary change made to accommodate cost of living 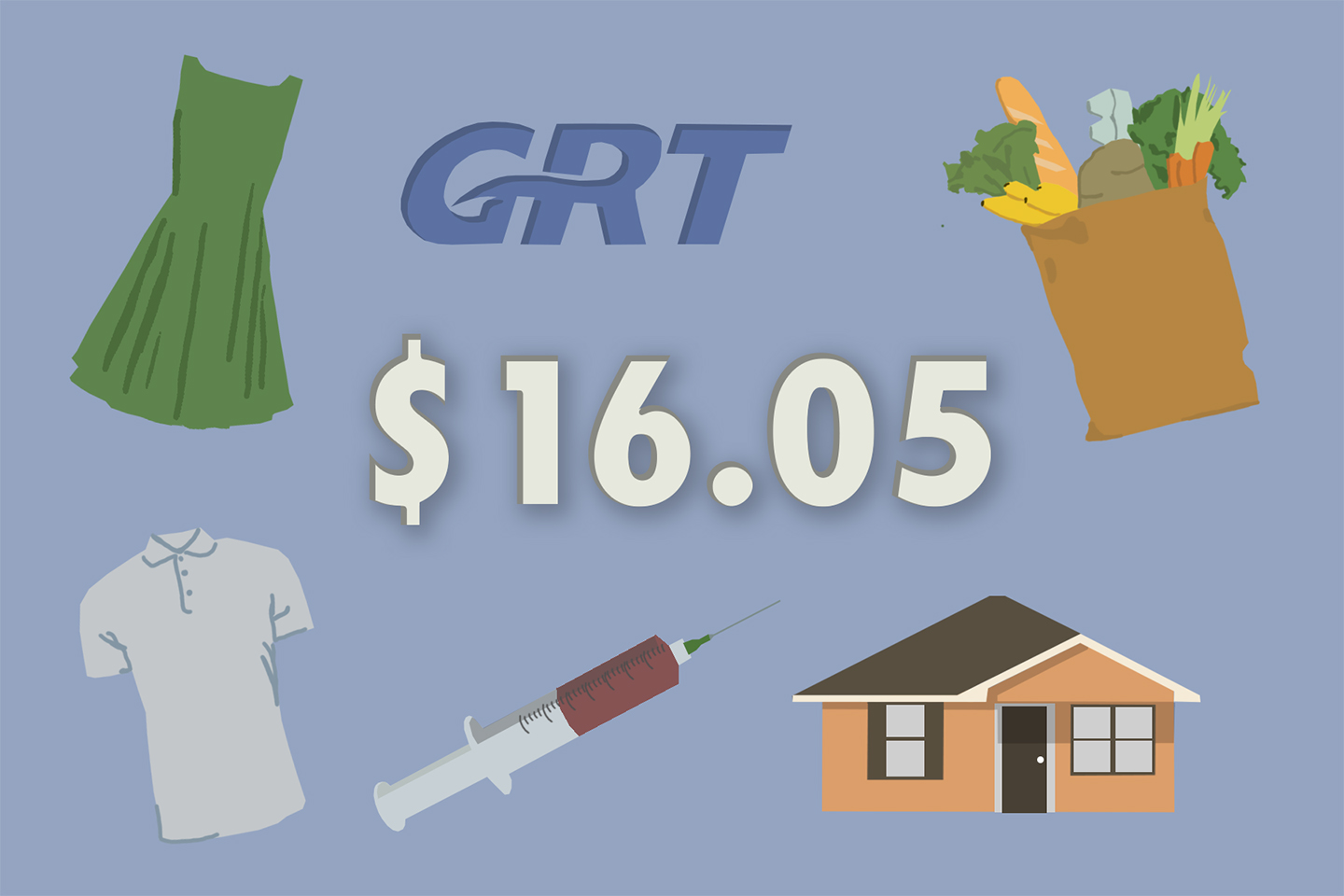 Necessary change made to accommodate cost of living | Samantha Chow

The living wage rate, implemented a year ago, announced that it will increase from its current wage of $16 per hour to $16.05 in 2016.

The slight increase was announced on November 5 at their Employer Recognition event in Cambridge. The recalculation is based on the cost of living for a family of two adults and two young children, with the assumption that both parents are working full-time all year.

The living wage rate includes basic necessities such as food, shelter, clothing and transportation. It considers how much money needs to be earned for a modest vacation each year, the chance to go out for a meal once a month and other activities. Tax payments and credits are also taken into account.

This information is used to generate the hourly rate each family would need to earn to afford their cost of living.

The premise of the living wage rate comes from the idea that paid work is supposed to be a pathway out of poverty. Greg DeGroot-Maggetti, program manager at Living Wage Waterloo Region, said this means calculating the proper wage rate that meets basic expenses and allows for active participation in life and in the community.

With this in mind, the overall goal of the program is to improve jobs.

“The ultimate goal really is to improve jobs, and make sure more and more people who are working can actually earn enough and make ends meet,” said DeGroot-Maggetti.

Upon implementing a higher rate, another important aspect to the program is enrolling employers who are willing to implement the $16.05 per hour wage.

The program had the initial short-term goal of enrolling at least 10 employers in its first year, but ended up with 20 at the end of the year. It started with a number of organizations including Mennonite Savings and Credit Union, Mennonite Central Committee, United Way, House of Friendship and two social planning councils in the region. Once the program went public, employers were immediately in contact.

Living Wage Rate Waterloo Region is open to all types of employers, such as for-profit businesses, non-for-profit organizations and pubic sector employers.

“As the program developed, what I’ve seen is that it seems to be a peer-to-peer thing,” said DeGroote-Maggetti.

“One employer will talk to somebody else and share the living wage program. That seemed to be the way that new employers have sought us out.”

As one of its long-term goals, Living Wage Rate Waterloo Region is working with other communities across Ontario and Canada to help grow its network and bring together others who are interested in the living wage.

In addition, the program is connecting with other living wage communities to develop a living wage employer recognition program.

DeGroote-Maggetti wants to reaffirm that a higher wage does not mean that less people are being hired. Based on an updated survey of the initial 10 employers who have increased their workers’ wage, the overall employment at these organizations increased for the year.

“It doesn’t necessarily mean fewer jobs. There’s actually more jobs at their spaces with those employers that are already implementing the living wage,” he said.