Fifteen years of purple and gold 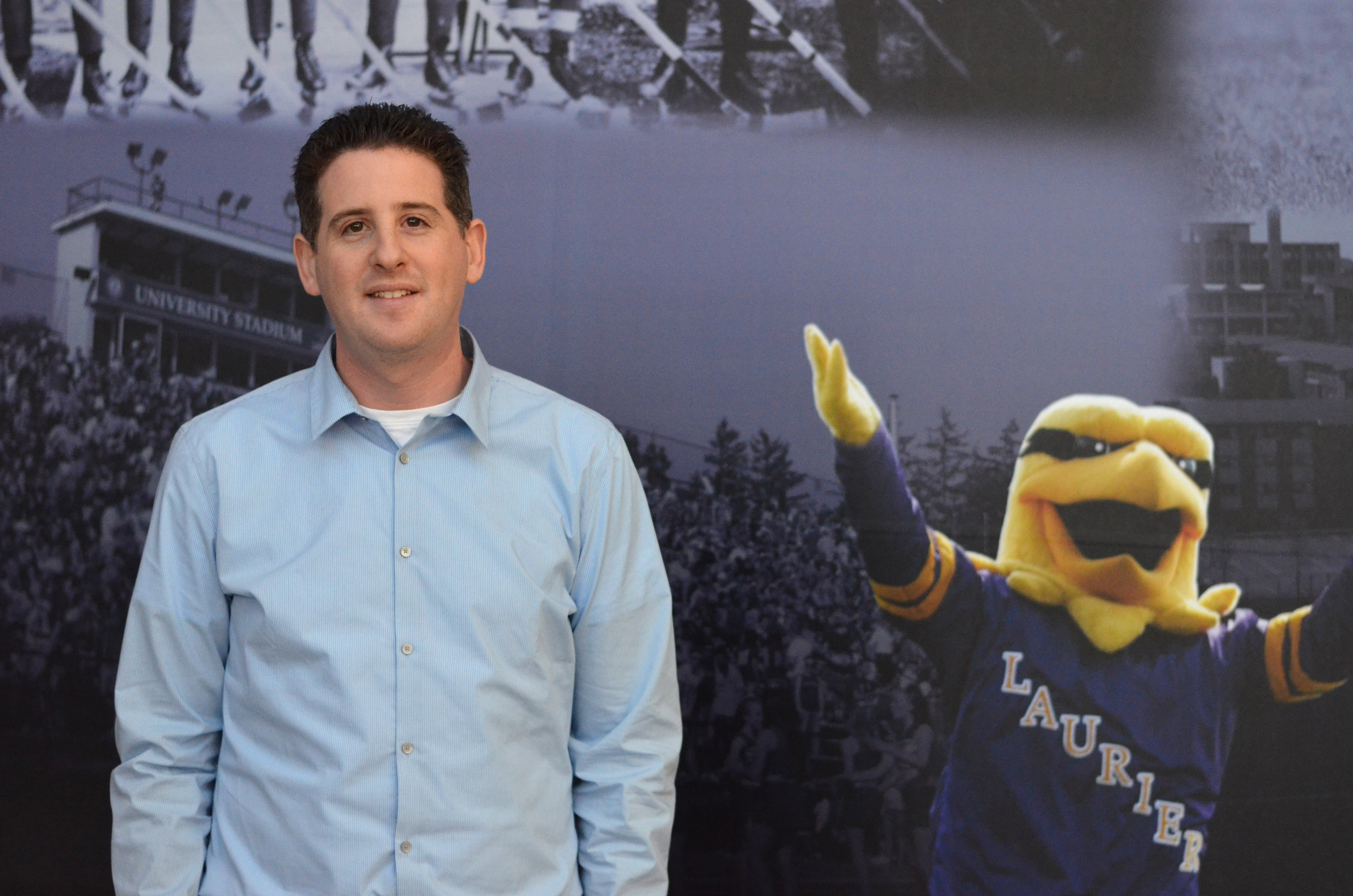 Grossman has been a part of Laurier since his undergraduate degree in political science in 1999 and has been heavily involved on campus, including Residence Life, the Students’ Union, as well as having worked as a teacher’s assistant.

He broke the mold when he came on board as the first full-time position as sport information director in the athletics department in 2003 and has been working his way up to his current position of associate director of athletics, which he has held since 2010.

Given a plethora of experiences under his belt, the decision to move to UW was motivated by a need for change.

“I think it was time to make a change in terms of advocating for yourself,” said Grossman.

“I think after doing something for so long and being so passionate for it, change can be good. Both for the institution as well as for myself,” said Grossman.

His next step as associate director of business operations at University of Waterloo involves “a lot of learning” as it will put him in charge of a larger student population and a campus that provides more athletic services.

“Seeing as how this role is brand new to the University of Waterloo, I think that my first steps are going to be figuring out where I fit in the department and the new staff team that reports to me and how we’re going to work together.”

In terms of implementing change, Grossman plans to focus on examining the entire scope before making any decisions.

He said it is important to understand how their system works in terms of policies and processes. There are many perspectives to take into account.

“I think from an external perspective you always want to think that what you’re doing is a lot better, but as soon as you go and sit down and understand the scope … you may find that they’re doing things in different ways.”

For Grossman, the biggest difference between UW and Laurier athletics is the size of service delivery and student expectation.

“It’s larger from a full scope of service offering. There are more teams involved … Laurier’s a smaller community, where it’s maxed out in resources because the demand is greater,” he said.

Jon Kursikowski, coordinator of sponsorship and events for Laurier’s athletic department, said Grossman’s multiple connections within the Laurier community helped to build different initiatives such as the expansion of football events and the School Day basketball game with the Waterloo Warriors.

“He’s somebody who’s known virtually by everybody across campus … He’s been a tremendous part of this community, he’s certainly contributed in a significantly number of ways. He’ll obviously be missed across campus because of the great range of experience that he was involved in,” Kursikowski said.

In reference to the School Day basketball game, Grossman said he hopes to have future conversations with his colleagues at Laurier in order to coordinate more involvement between both schools that will be entertaining to the Kitchener-Waterloo community.

When asked what he would miss the most about Laurier, Grossman had no hesitation in naming “the Laurier community and the established relationships I had built on campus.”

“It’s all been something that I’ll look back on and I really think that it’s helped shape me into the person I am today.”

I look forward to taking that and grow the opportunities elsewhere.” he said.