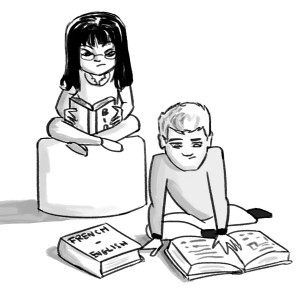 The number of international students choosing to take their studies to Canadian universities has doubled in the last decade, with 12 per cent of students on campuses being born outside of the nation.

Now, a study has been done to determine how these learners from abroad affect the Canadian classroom.

The Higher Education Strategy Association conducted a survey in the spring of 2013, asking almost 14,000 post-secondary students their perception on how international students may influence the university experience.

“This isn’t something that there has been a lot of research on in Canada,” said Jacqueline Lambert, the co-author of the study. “The international students’ presence on Canadian campuses is growing.”

In this study, Lambert and her co-author Alex Usher asked domestic students —students who completed high school in Canada — about their encounters with international students and instructors.

However, 60 per cent of domestic students thought that international students generally “kept to themselves.”

“Depending on which campuses we’re talking about, there might be different reasons for this,” Lambert said. “Sometimes international exchange students are in different residences, sometimes they’re in specific programs for English language learners.”

Another aspect that was evaluated in the study was the affect that international students had in a classroom setting.

64 per cent of domestic students reported that their perception of the world was enriched since making an international friend.
The most surprising fact of this study revealed that a third of university students felt that international students actually hindered their learning experience.

“We didn’t delve into that too deeply,” Lambert said when The Cord asked why this number was so high. “There are a variety of reasons as to why that might be the case […] sometimes language barriers, possible cultural differences in certain cases.”

This belief also largely differentiated amongst faculties and programs.

In another section of the study, Lambert and Usher also asked students if having international students in the classroom “enriched their learning experience.”

19 per cent of students enrolled in arts, humanities, social sciences, and visual art programs agreed with this statement.

This dramatically compares to the 11 per cent of science, engineering, math, and computer sciences students who agree.

“The nature of how you interact with students may be different,” Lambert said. “In a science program or engineering you may have lab partners or have a lot of group work … that’s really dependent on having good language communication skills.”

“Whereas the work in a lot of humanities and social science programs is independent so maybe that’s why were seeing some of that.”

Pierlo Bray, a former international student at the University of Waterloo came to Canada in 2012 from France.

“[Canadian students] were really open to exchange students and were willing to help us,” he said. “It was hard to debate about complicated stuff in English,” he admitted.
Overall, Bray did not feel that there were forms of hostility or competition with domestic students.

“The important thing here is that many students did say that they felt that having international students in the class really enriched their experience,” Lambert said.