With an outpouring of support from the Uptown Waterloo community, $6,647 was raised at a benefit last week for a local Waterloo business. On Sept. 20, Starlight held this in support of Ish and Chips and the former tenants of 37 King St. North who lost everything in a fire on Aug. 23.

Over 60 local businesses, including Frat Burger, Ethel’s, Beta and Chainsaw donated raffle prizes which were auctioned off throughout the night.

Beer sponsor Sleeman donated the revenue from all sales of Pabst Blue Ribbon tallboys and donations were also collected through admission and at coat-check. Local musicians kept the crowd entertained, putting on energetic performances to give the evening a hopeful, rather than somber, feel.

Kamil Mytnik, the son of the owners of Ish and Chips, noted before the benefit on Sept. 20 that the support had been overwhelming.

“Experiencing it first-hand is amazing and the turnout is just unbelievable,” he told The Cord last week. “It’s very humbling to see that kind of support.”

“These people are our neighbours, who we had a relationship with us over the years and so we were trying to think of what we could do that would help them the quickest and in the most practical, immediate way that would make sense for us,” said Starlight Lounge co-owner Josh Koehler.

Buns and Stagg opened the show with an acoustic set and they were followed by the more rock heavy Daddy Long Legs, who had the crowd up and on their feet. Danny Michel slowed things down with another acoustic set and Saigon Hookers put on what was described as one of their best shows to date. 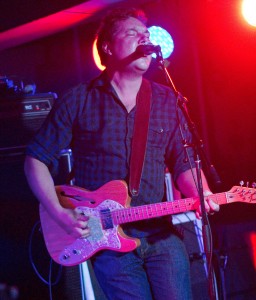 “I honestly didn’t expect that many people to come out,” she said.

Korgemets is a second-year English student at the University of Waterloo and had been living above Ish and Chips for a year and a half. She lost everything, except a single painting, in the fire.

In the process of replacing essential items, including a laptop for school, Korgemets still finds the entire experience surreal.

“There were all these people just milling about taking pictures,” she said about the fire. “And I was like, that’s my house burning down, please don’t do that. But you can’t really stop it.”

Maintaining a positive attitude, Korgemets has moved in with her parents and is looking forward to moving back to the uptown area within the next few months.

Ish and Chips is also looking forward to getting started again as they work with the City of Waterloo to open as a mobile food truck.

“If it’s a significant amount [of money raised], my parents will be able to tough it out for the next little while and make some plans and come up with a solution,” Mytnik said before the benefit.

As for last Thursday night, the entire community was out in full force looking ahead to a brighter future.

“This whole thing of coming together. I’ve never seen anything like it or I’ve never been part of it, and it’s just been amazing,” concluded Korgemets.

–With files from Lindsay Purchase