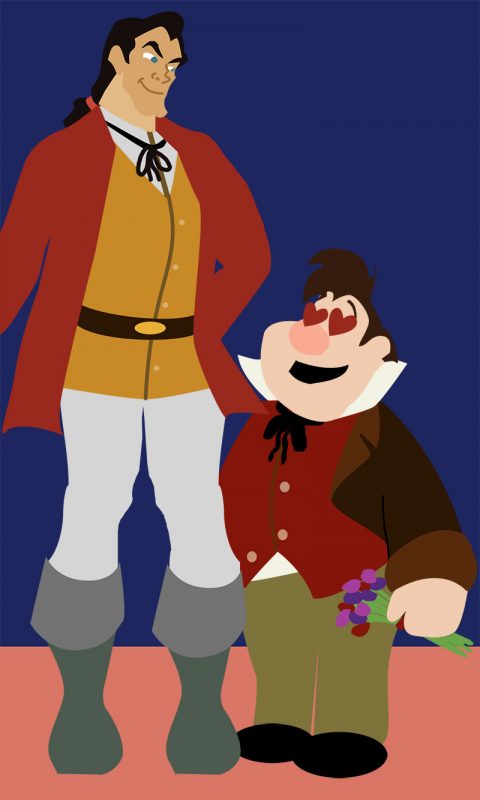 Disney recently announced that its newest release, Beauty and the Beast, is going to feature a gay subplot.

Scrolling through my Facebook feed, I saw cries of “Why?” and “I’m boycotting this movie!” from the conservative community, but, I also saw an outcry from the LGBTQ+ community.

You see, LeFou translates to “The Fool.” This gay character is literally “The Fool” of the movie.

LeFou is also going to be the only gay character — his love interest, Gaston, will not be. This means that we will not be getting a healthy, same-sex relationship on screen.

Not only is it unhealthy that LeFou’s love is unrequited, as Gaston is straight, Gaston is also an extremely toxic person.

It’s an extremely unhealthy representation of a gay person.

The film had an opportunity to portray a healthy same-sex relationship, but, from what has been released, they will not be expanding on his feelings past Gaston.

Being gay is being equated with stupidity, however subtly. This is not as progressive as Disney thinks.

Disney is making a move to represent and include a marginalized community, but a move this big requires more forethought to the reaction from the community.

In order to represent a community    properly, it must be consulted and considered. To represent them as a single character in a movie isn’t enough.

In order to represent a community properly, it must be consulted and considered. To represent them as a single character in a movie isn’t enough.

There are so many white, straight princes and princesses in Disney movies.

Most of the Disney princesses, in other films, are white and straight. Even people of colour represented in Disney films are straight.

Disney films tend to do a good job when they decide to represent minority communities; consider Mulan, Aladdin, Princess and the Frog and Moana.

They are all beautiful representations of cultures outside of white heteronormativity and the animators are actively trying to properly represent the cultures they’re portraying.

Even when they do a movie with no relationship at all, they do a good job.

Moana had no representation of any relationship and there is no mention in the story of her getting married or having romantic interest.

It isn’t an argument on Disney being good at the representations they show. When they try, they’re normally quite good at it.

That’s why this failing attempt is so shocking — it’s like they’re not even properly trying.

It’s an offensive and poor attempt at representing the LGBTQ+ community and we can only hope that their next attempt won’t fall flat like this.

Straight people get their Disney happy endings, so why is the LGBTQ+ community stuck with a questioning lone man in a relatively small role?