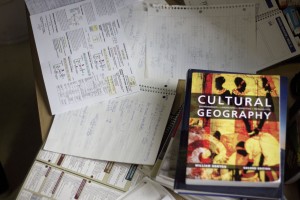 Certainly no one needs to remind students that job hunting and employment opportunities are not exactly rich in these recession-prone times. And for me, a very outspoken advocate of liberal learning, such a state does not bode well for students of the humanities.

Students feel that they must study a discipline that can lead rather directly to employment; they pursue what is “functional” in terms of their career aspirations. In some universities, there already exists a 50 percent drop in the number of liberal arts students and more worrying, such a trend appears likely continue. We have seen the same tendency in the past when recessions or depressions hit the nation’s economy.

In my own limited academic history, I can remember when the study of the humanities used to be the primary reason to go to university at all. Desperately starving for national profit worldwide, many systems of education are ignoring those very skills, essential to keeping democracies vibrant and alive. What democracies need are fully developed citizens who can think for themselves, criticize pernicious traditions and customs and understand another’s experience, achievements as well as suffering.

In the current emphases in our schools, we are in danger of losing that focus on the creative and imaginative aspects, a focus on inquiry-based thinking, while neglecting those faculties of cognition and imagination that make us fundamentally human. The natural sciences and social sciences at their best, can be pursued with critical inquiry and imagination. By searching critical thought, empathetic understanding of human experiences of many different kinds and understanding of the complexity of the world we live in, a world in which we all face each other across wide various expanses of culture, nationality and territory.

Some years ago, while I was chair of the department of psychology at WLU, the department was in the midst of a radical curriculum change and we were encouraged to bring to a faculty meeting suggestions for a new set of guidelines, even requirements.

I brought what amounted to my own classical education, including philosophy, language, literature, the natural sciences as well as the social sciences. It amuses me today to remember that the department voted against my suggested requirements, 20-1. So much for a liberal learning orientation.

What I do remember and continues to puzzle me, is that after the meeting, some of my colleagues whispered to me that their own education was very similar to the one I had just tabled and had been defeated resoundingly.

The humanities encourage students to examine thoroughly their interior lives. The students’ first year is an amalgam of different courses, they are exposed to a variety of perspectives because, it is thought, such courses stimulate them to think and argue for themselves, rather than simply deferring to ironclad tradition and artificial authority, such is vital today as we live in a world increasingly polarized by ethnic, religious and moral conflicts.

The unexamined life poses some serious problems. Such an unreflective state can lead to confusion regarding personal goals; people may not examine themselves and their beliefs, and may be easily influenced by others, (and our world has many demagogue seeking disciples); finally, such people may treat others without respect.
The most important contributions of the arts and the humanities to life, during school and after, is developing the students’ emotional and imaginative resources. Through imagination, we are able to perceive the full humanness of others, without which our daily encounters will be superficial at best or at worst, be demeaning and dehumanizing.