Letters to the editor: March 12 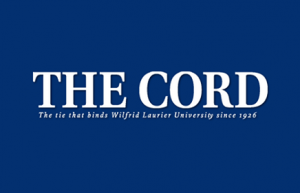 RE: ‘Archaeology a form of grave robbing,’ Feb. 26


As an WLU Archaeology graduate who has worked in archaeology I am extremely disappointed in this article. Firstly, it may seem like semantics but the pyramids were not ‘robbed’ by archaeologists, they were actually looted in antiquity and during the invasion of Napoleon along with the rest of Egypt. This sadly is something that happens all over the world including in the present day. Archaeologists don’t go into tombs with the express intent of finding treasure they focus on information. Are the dead disturbed? Yes. Are they robbed of all their possessions, ripped apart, and left to disintegrate? No. Archaeologists seek to preserve as much as possible, including the body, and that is more important especially when the whole point of secure and hidden tombs is to preserve the body. So if an archaeologists removes it and maintains it aren’t we continuing that legacy rather than violating it? And it can be argued that reburial causes us to lose information since new techniques for study are being developed all the time. It should also be noted that reburials after study are a common occurrence in archaeology; I have done several myself. Additionally, artefacts in museums serve to educate the general public thus preserving the memory of these people. If all of these things were reburied as the author proposes the minute funding gets cut (which WILL happen) and security is loosened (if it’s even in place) I can guarantee that it would all get dug up, stolen, sold on the black market, and end up either melted down for money or in a private collection where it would sit collecting dust, including bodies. I mean if you want it to stay dead and buried good luck arguing that with the companies who paid to develop the land and can now bulldoze the entire thing since it was found after money changed hands and the legislation to protect it isn’t in place. Also you spelt Archaeology wrong.

RE: ‘Archaeology a form of grave robbing,’ Feb. 26

While I heartily disagree with the premise and conclusions of Cate Racher’s article “Archaeology: a form of grave robbing” (Feb. 26), I do applaud her for raising awareness of an issue that is of great concern to all archaeologists in the 21st century.  In fact, I discussed the same issue in my Introduction to Archaeology class last week.  Whether you agree or disagree with how human remains have been treated in the past by archaeologists of the Howard Carter ilk, modern archaeology does concern itself with the very issues raised by Ms. Racher.  The question is one of ethics and the ‘right’ of the archaeologist to study and later display human remains which have been uncovered during the course of an archaeological investigation.

I’ll start by saying that most, if not all, archaeologists are familiar with the procedures employed when human remains are found.  In Canada, as in the United States and elsewhere, when human remains are discovered there is series of steps that are followed automatically.  In Ontario, a coroner and a police officer are contacted first.  If it is established that the remains are not modern, a provincial archaeologist from the Ministry of Culture is contacted to conduct an inspection and make an assessment.  Following this, a representative of the nearest First Nations band/group is contacted as well as a provincially licensed professional archaeologist.  If the remains are determined to be First Nations, permission may be granted to document, possibly remove, and in some cases study the remains.  In almost every case the usual disposition of the remains, whether Euro-Canadian or First nations, is re-burial.

In my class last week I spoke last week of my own experience in Toronto 15 years ago when I was called to the scene of just such as discovery.  In this case, construction on private property accidentally revealed a burial.  The steps described above were invoked and I was given permission from the Six Nations Burial Commissioner to excavate, document, remove, and study the remains.  The analysis by a bio-archaeologist, one who specializes in archaeology and human remains, revealed a wealth of information otherwise unattainable.  The person was a Seneca woman, aged 21-22 years, who lived in a village the name of which could be identified using 17th century maps.  The woman had no trauma, due to disease or injury, and as such the cause of death in this case was one that did not leave evidence on the bones.

A re-burial took place about one year later in which I was involved.  In a ceremony presided over by Six Nations elders, I excavated a new grave, placed the remains in the pit, and after filling this in, I was  purified by tobacco smoke according to tradition.

The example is instructive because it illustrates how human remains are treated when modern archaeological methods and a modern code of ethics are employed.  Although each case is treated as an individual instance, involving some or all of the above post-discovery steps, the main point is that the human remains are always handled with respect and in consultation with the descendant or local community.  Modern archaeologists, including the more than 150 archaeology majors at Wilfrid Laurier University, are trained in the methodological approaches and types of analysis of all types of remains, human and cultural.  All archaeologists today, whether in North America or on a global scale, work within a set of universally accepted guidelines and legislation governing heritage resources.  No longer the wanton tomb-raider, the modern archaeologist must be aware of the issues surrounding global heritage and the impact that their work has on the larger community.  Excavation, study and display of human remains, as Cate Racher so correctly points out, is an issue worth discussing.  Although it is unfair and completely inaccurate to label modern archaeologists as ‘grave robbers’ there are indisputable and shameful instances of archaeologists in the past who do fall into this ignominious category.  Of greater concern is the grave-robbing of tombs by modern-day looters such as occurred after the fall of the Mubarak regime in Egypt when archaeologists could only stand by helplessly as armed grave-robbers ransacked the previously protected graves.

Issues of repatriation and re-burial are of prime concern among many descendant and local community groups and it would be a disservice to all involved to ignore these issues.  Instead, archaeologists have a responsibility to address the issues head-on in order to raise awareness of what modern archaeology is, and to dispel popular, false perceptions of the discipline.

——-
Letters policy: Letters to the Editor must not exceed 250 words and much be sent in to letters@thecord.ca by Monday at noon. The Cord has full right to edit, cut down or reject any letter. Please send your full name when submitting a letter.