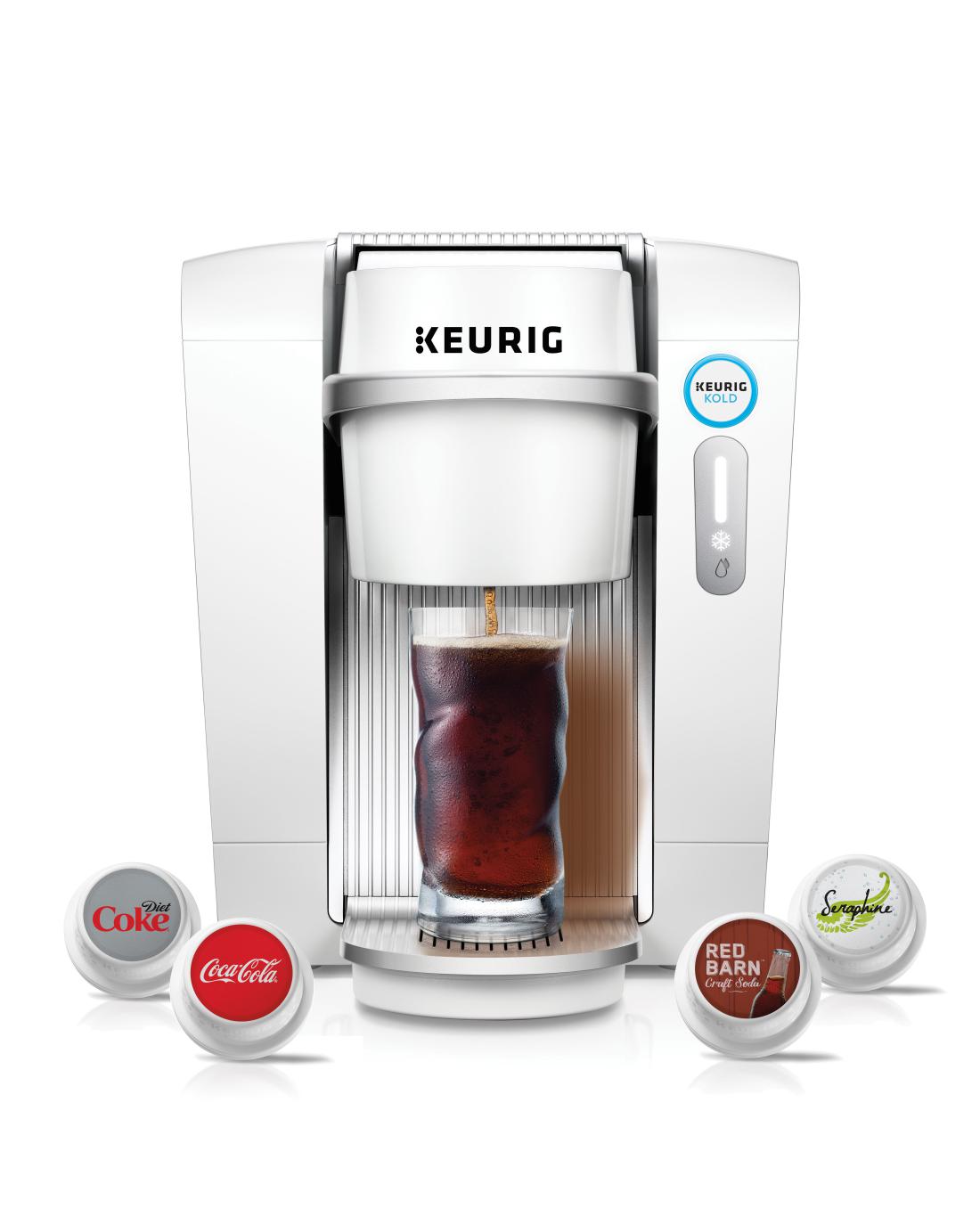 Anyone who considers themselves a coffee lover is probably familiar with Keurig single-serve coffee machines.

I am a big fan of them as they are quick, relatively inexpensive and practical for getting a quick on-the-go cup of java.

Recently, Keurig announced a new product for a different kind of beverage lover: the Keurig Kold. This single-serve Keurig machine is similar to its older brother as it has a water tank and pumps out single-serve drinks — the only difference is that it gives the consumer a soft drink rather than a hot cup of coffee.

When I first heard about this invention I was quite excited about the prospect of having instant, ready-to-go cold drinks. Unfortunately, a few minutes of research about this product left me feeling disappointed and wondering who in their right mind thought this was an acceptable product to send to the shelves. There is literally nothing practical about the execution of this product, how it operates, its cost or any other aspect of the machine. Allow me to educate you on the wonder that is the “Keurig Kold.”

This countertop appliance has a bigger ecological footprint than the regular Keurigs and weighs twice as much as the average microwave. This means it is too large to be practical as a machine left on the counter, but far too heavy to be portable. It costs $400 up front in Canada. The price of one or even two good mini fridges would make a smaller dent in your wallet and be more versatile than this machine, which only accepts brand name Keurig pods to spit out soft drinks. Speaking of the pods, those little bad boys are going to cost you roughly $1.50 a piece. That’s not a typo — they cost literally more than it would cost to buy a can of coke from a vending machine. Which, by the way, gives you a larger serving size of 12 ounces while the Keurig Kold only pumps out a measly eight.

A 12-pack of any brand name pop will at most cost you $6 for 12 cans — which is only 50 cents per drink, while also giving you a better bang for your buck since there is 33 per cent more substance than in the Keurig. The fact this product made it past the research and development stage makes me question how Keurig has seen so much success thus far. This product sounds more like the rejected proposal from the starting round of ideas a first-year non-business New Venture group came up with. It is truly astonishing that a well-established company could put out such a useless, wasteful, expensive product and feel alright about it.

The only reasonable argument that could possibly be made in favor of this monstrous energy sucking piece of machinery is the convenience it offers. Maybe you’re about to sit down to enjoy your favourite Thursday night sitcom and fizzy chilly beverage only to realize you forgot to replace the cans of Coca Cola in the fridge. In this case you could theoretically quickly “brew” yourself an ice cold drink using the Keurig Kold in a matter of seconds.

Personally, I think if you’re in a time crunch, then ice cubes are a better alternative if you need a cool drink on short notice, but that’s just one man’s opinion. To sum things up, I suppose that if you’ve got $400 burning a hole in your pocket, you’re eager to crowd up your countertop and commit to $1.50 pods that kill the environment, then the Keurig Kold is certainly a product that is worth checking out.