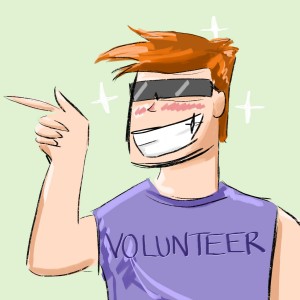 I’ve learned a few certainties throughout my time at Laurier, one of them being that everyone is important and the work they do is not only important, but more important than yours and critical to the continuation of life as we know it.  We all compete to be the most involved, do the most good and have the most comprehensive resumes but in doing so we lose ourselves and our ability to remove ourselves from our work. More importantly, we are losing perspective.

For the first three years of university, with the exception of a few isolated incidents, I was largely removed from campus life. I worked in a variety of undesirable jobs, pursued my degree, and watched with confusion and a sense of separation at the happenings on campus. When I ran for president of one of our larger on-campus organizations, many wondered who the heck I was. Questions about my identity were quickly followed by “who does this guy think he is?” which were as expected but far more amusing. I hadn’t been involved in much of anything, how could I know about student issues and advocate for students accurately? Fair enough.

But then, with the help and guidance of others, held my own. Turns out being a student is the only non-negotiable pre-requisite for understanding the student experience.

Since then, I have had several exciting positions in both on and off campus organizations. Those two weeks of campaigning were challenging and enlightening but I was fundamentally the same person I was prior to the election. A few more people knew my name but besides that, my intelligence and capabilities were the same. But nonetheless, I used that experience as a platform to move forward.

I have been given several chances I probably did not deserve, often against the better judgment of those in control. People have taken a chance on me and there is no way to express thanks than by providing a chance to someone else.

No work we do, especially if requires campaigning, is an egoless exercise. We only apply to jobs because we think we can do it best. However, it is worth the effort to not let ego impede our human interactions or the volunteer and work experience of future candidates. The hard truth is that a lot of the work we do, while noteworthy, can be done by others. The organizations we work for will live on beyond our time with them and more than likely, someone in the near future will do the job better than you.

This is the time when the stakes are just low enough that we can give people a chance based on potential and capability and instinct. Future leaders have to start somewhere and this is the time when opportunities for growth and a guiding hand in the right direction can be offered. Failure is always a possibility but that is true of anyone, no matter the experience or qualifications.

Typically, no organization crumbles due to the failure of one person, and the potential upside far outweighs re-opening hiring or going with your second choice.

It is fine to take your work and the organization seriously, but taking yourself seriously can be dangerous, particularly if it impacts your priorities and sense of self. Instead of bringing individuality and personality to roles, people are allowing their personality to be shaped entirely by the work they do. For better or for worse, I think I will come out of this year as I began it, albeit with a few more skills, friends and ambitions.

Do not get wrapped up in the celebrity culture of student volunteerism and do not mistake positions of some importance to be positions of authority or wisdom.

The hyperbole of importance coupled with the general hysteria surrounding student involvement is a major deterrent for those on the outside looking in. We have our entire lives to get caught up in our work, lose our humanity in favour of efficiency and pretend to have all the answers. Let’s use our time here to experiment, learn and be humbled by the extraordinary amount and quality of opportunities before us.