Why we line up for disappointment 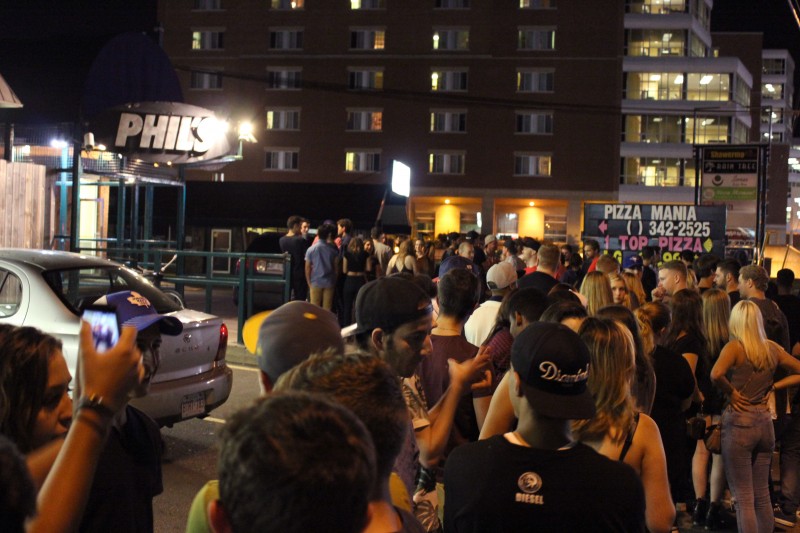 There’s nothing like Waterloo in early September. Wilfrid Laurier University’s campus itself is buzzing as wide-eyed first-years try to figure out their place among the chants and bandanas.

Surrounding the campus, upper-years who have hardly opened their suitcases are on their phones, making plans to grab drinks with the people they’ve missed all summer.

Doing that is really easy in the “Laurier bubble,” the ecosystem that provides everything a student could desire within a small radius surrounding the campus. Having alcohol sellers, student housing and a tight-knit community makes going out in Waterloo amazingly convenient. Yet the night scene has developed an inconvenient staple — long lines that form at early times.

A summer away from school gives us some fresh clothes, summer job money and a healthy body to bring in to a new school year.

It also gives me a fresh perspective on my lifestyle within the Laurier bubble.

When I spend too much time in this town, I begin to forget the average human person’s daily routine and become entrenched in my small circuit student life. An example being walking distance. While a 20-minute walk in Toronto is considered “nearby,” in Laurier it is reacted as a journey to Mordor.

Coming off the summer, it’s that normal life perception that had me feeling absurd for waiting in a line along with 100 people outside of Phil’s at 8:45 p.m.

The issue of long lines at clubs and bars is a #FirstWorldProblem yet it’s becoming a #GoingOutInTheLoo annoyance. I waited longer in line for a club then I did to my buy books during the first week of school. Going out on odd days of the week has started to feel like I’m lining up for the premiere of a movie or the midnight release of a pair of Jordan’s.

There are lines forming outside of these places before regular businesses have closed their doors and before the clubs themselves have opened.

I’m not a business student but I’m pretty sure this phenomenon is a clear sign of demand.

Although the process is often forgotten after all the consumed drinks, students are putting themselves through an inconvenience in order to spend money at these establishments.

If I had money to invest it would go in to opening a nightclub or bar in this area.

Reasonable cover with cheap drinks should be enough to entice rational students that aren’t down to wait 45 minutes in line.

I believe some of the onus falls on the students themselves, as they are unwilling to give new businesses a chance. It seems that nightclub frequenters are willing to endure the lines because they know what to expect when they get in.

Students would rather sacrifice 45 minutes in line instead of a whole night in an empty club.

While there is room for more nightclub businesses to which students should be more willing to try out, I like to think of the long lines as Laurier’s bubble ecosystem just balancing itself out.

We have it pretty good in this small town, maybe even crazy good. I guess I’ll settle that these absurdly long lines at early times are a small price to pay.