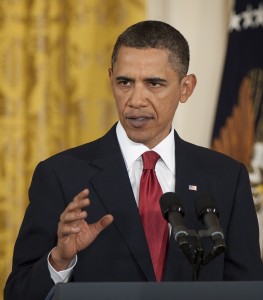 U.S. President Barack Obama speaks in the East Room of the White House in Washington, Wednesday, Jan. 6, 2010, during an ‘Educate to Innovate’ event where he honored teachers who received awards for excellence in Science, Technology, Engineering and Math (STEM) education. NASA’s ‘Summer of Innovation’ program supports the President’s ‘Educate to Innovate’ campaign. Photo Credit: (NASA/Bill Ingalls)