Anglophone culture should be preserved 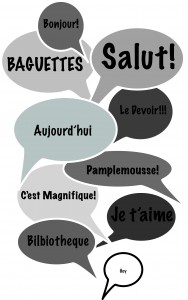 With the victory of the Parti Quebecois (PQ) in last week’s Quebec provincial election, leader Pauline Marois has vowed to institute a series of new fascist anti-English laws.

These laws include a bill which disallows private enterprises to operate with 11 or more people if English is the spoken language of their business.

Currently, the law states that an English-speaking business must be less than 50 people, which has created a large number of 49-person businesses, particularly in the Montreal region.

The fact that Quebec is littered with 49-person businesses shows the sheer ridiculousness of the consequences that these arbitrary laws create.

Imagine if we made it illegal in Ontario to operate a business with over 11 people speaking Mandarin. It would be seen as a deeply problematic and racist policy.

Yet in Quebec, this is not only tolerated but it is deemed “progressive” and necessary to the continuity of Quebecois society while the truth is, French in Quebec is alive and well.If there is any community in Quebec that is most threatened, it is the Anglophone community.

This community has been leaving Quebec in steady numbers since the 1970s, and many of whom would feel more compelled to leave now than ever before if these draconian new anti-English laws are passed.

There are many possible compromises here, for instance, the ideal plan would be to not institute the new proposed laws, and to lift the existing language restrictions on businesses, but I begrudgingly accept that compromise may be necessary.

For instance, rather than forbidding English from the office, perhaps they could mandate that businesses with over 50 people must accommodate French-speakers.

These laws could be amended to allow designated “multi-lingual business zones” where English and other languages would be allowed in regions such as West Montreal, Downtown Montreal and Gatineau, while still maintaining the French-only business laws in the majority of the province.

After all, whatever the laws in the rest of Quebec are, Montreal is historically a bilingual city, just like Ottawa, and should be treated as such.

However, this wouldn’t truly be an adequate solution; ideally, these laws should be repealed altogether. Similarly, the Canadian government needs to stop fearing Quebec separation as a constant, imminent prospect as it gives the PQ leverage to institute more and more draconian laws.

Quebec separation is a red herring and I don’t believe the PQ have any real intention to separate. It is a mere bluff.

In actuality, the PQ want to have it both ways, as they realize that separation would deprive them of all their federal Canadian money, so they want to essentially create a fascist Francophone-only state within Canada.

The Bill 101 sign laws are another red herring; a relatively minor and inconsequential law used to misrepresent the issue and distract people from the far more severe laws, namely those on the language of business and education.

Whenever people think of Quebec’s harsh language laws, the sign laws are often the first that come to mind, but these laws are relatively inconsequential.

To be fair, these bigoted anti-English laws do not represent the views of the average Francophone Quebecer.

When I’ve visited Quebec, speaking in English — from Montreal to Gatineau to Quebec City — I met with nothing but courteous responses.

For the most part, I don’t believe the Quebecois people actually meet the stereotype of being spiteful toward Anglophones.

The Quebecois as a people are unfairly maligned in English  speaking Canada. However, the PQ deserves every bit of the criticism it gets.

The laws that this party wishes to pass are nothing short of fascist and would simply not be tolerated anywhere else on earth in a free and democratic first world country.

Quebec’s Anglophone population is a crucial part of the province’s economy, particularly in the Montreal and Gatineau regions.

They are not a “foreign presence”, for their heritage lies in Quebec every bit as much as the province’s Francophones’ roots.

Just as the Francophone minorities in Ontario and New Brunswick have their linguistic rights and their culture respected, so too should Anglophones in Quebec.

We must stand up for the rights of Anglophones and non-Francophones, especially in historically bilingual regions.

The federal government must strike these new laws down and declare them unconstitutional, if the PQ attempts to implement them.