A look at Waterloo’s NDP, Liberal and Conservative parties as they prepare for Canada’s upcoming election 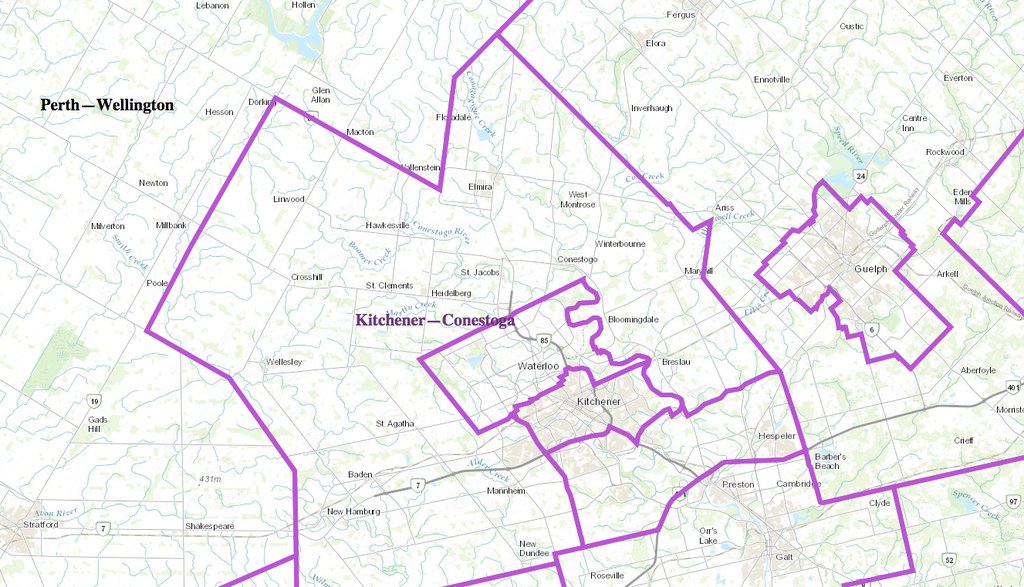 The federal parties of Canada have begun to prepare for this fall’s upcoming election. The federal election is currently set for Oct. 19, which is subject to change upon the decisions of the prime minister and governor general.

In the Waterloo riding, the Liberals and Conservatives have identified the candidates that will run in the upcoming election. The New Democratic Party is actively searching for their candidate, likely to finish the nomination process by the end of April.

“We’ve talked to several people who would make very, very good candidates, it’s just a matter of getting that final commitment,” said Scott Piatkowski, vice president of the Ontario NDP.

The NDP will likely be campaigning on a few key issues, including affordable childcare, a reinstatement of the federal minimum wage and increased funding for public broadcasting.

“We’ve actually been going door-to-door on the childcare issue. It’s an issue that we’ve worked on very hard with our MPP, Catherine Fife,” said Piatkowski.

“She’s worked with Thomas Mulcair to draw up the NDP’s childcare platform.”

The NDP has also recently come out against the proposed anti-terrorism legislation, Bill C51. This comes after announcements that the party will also not support further military action in Iraq to battle ISIL.

“It’s a situation that needs to be resolved on a regional level, not through military intervention at the national level,” said Piatkowski.

The Liberals have nominated Bardish Chagger to run for the Waterloo riding. Chagger was born in Kitchener-Waterloo, is an alumna of the University of Waterloo and currently works as a community organizer at the K-W Multicultural Centre.

The Liberals have yet to release any official campaign platform, but have identified some key issues they will likely run on. These include increased funding for the healthcare system, affordable childcare and putting an emphasis on Canadian rights and values.

“If you follow Justin Trudeau and the party, there are certain issues that have been raised,” said Chagger. “The Charter of Rights and Freedoms, women’s rights, minority rights — a lot of these factors are on the forefront.”

The Liberals have also been critical of current parliamentary procedure and decorum.

Other issues that have recently been highlighted by the Liberal party include changing drugs laws pertaining to cannabis, Senate reform and increasing investment in renewable energy.

The Conservatives currently represent the Waterloo riding, with Peter Braid sitting as the riding’s member of parliament. Braid has been a MP since 2008 and also currently serves as the parliamentary secretary for infrastructure and communities.

Like the Liberals, the Conservatives have not yet publicized an official campaign platform. However, there are certain issues that have been popular party talking points in the current session of parliament.

“The main issues we will run on are the two mains issues we hear from Canadians … the economy and secondly, international security issues,” said Braid.

Concerning economic policy, the Conservatives have expressed a desire to maintain a low tax environment, invest in critical infrastructure and remain on track to release a balanced budget in 2015.

On the issue of international security, the Conservatives have been vocal in their support of both increased efforts to combat domestic terrorism and support for military intervention in troubled areas of the Middle East.

“I think it’s clear that international security issues are a concern for Canadians today, and I expect that that will continue as the year unfolds,” said Braid. “It’s important that Canada participates as a responsible global player, that we not sit on the sidelines and that we strongly defend our values and our freedoms.”

Canadians will also be voting in an election with an expanded parliament, which will soon be composed of 338 seats, adding 30 ridings from the last federal election in 2011. The former Kitchener-Waterloo riding, which included the city of Waterloo and parts of north Kitchener, has been redistributed and named the Waterloo riding.